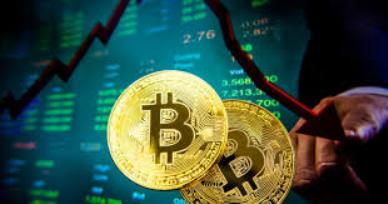 The Bubble Bursts For Cryptocurrency

The Bubble Bursts For Cryptocurrency

Linus tackles things head-on. He takes sides in his analysis and it fits excellently with our editorial policy. No 'maybe's' and 'allegedly' for him, only things in black and white. View all posts by this Author
The bubble of cryptocurrency has burst and experts warn that the bottom is still to be reached. From a combined market value of $ 835 billion in the heady days of January 2018 to $ 138 billion now, it is a steep fall that has wiped out investor wealth, given shocks to market experts and caused a 50% drop in the valuation of Nvidia Corp., the company that supplied the cryptocurrency ecosystem.

The mad rush to buy or mint crypto coins in late 2017 and the first quarter of 2018 meant that many new investors entered the system when the rates were either peaking or had already peaked. They have all burnt their fingers severely as the rates achieved then have not been equaled since. It is expected that Bitcoin, the most famous cryptocurrency of them all, is likely to touch $2500 by January next year. It is now trading at $ 4244, a stunning and pocket-burning fall from the highest level of $ 19783.21 it reached in December 2017.

The reasons for the crash are many, with the strongest being the worldwide crackdown on the ecosystem by regulatory authorities. Community infighting and problems in exchanges dealing in coins have also contributed majorly to the crash. The crash has not touched the worlds financial markets mainly because banks or corporate and institutional money managers had little or no exposure to virtual currencies. The game is being played by individuals or cartels, probably with dirty money, and they are the ones who are taking the biggest hits.

Of course, there are many who had minted money in the wild upward run in 2017. Since then, the numbers who bought, minted and traded in crypto coins have multiplied exponentially. A spokesman at market watcher Oanda Corp. says that if this rout continues, as it is likely to, people will head for the exits in droves.

The crash supports the RBI theory that with no legal backing, the coin market is just a fad that is likely to wipe out investor wealth. It had repeatedly warned Indians from investing in such schemes. The regulatory authorities had also cracked down on cryptocurrency exchanges. The co-founder of Unocoin, which set up Indias first coin ATM in Bengaluru, was arrested and the ATM was seized. The players are of the opinion that new technology is always resisted but the simple fact is that without legal backing cryptocurrency faces a bleak future. No central bank is ever likely to allow a parallel financial system over which it has no control.