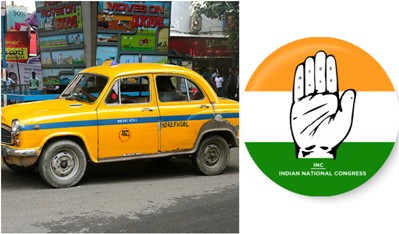 The Congress And The Ambassador Car

The Congress And The Ambassador Car

The grand old party of Indian politics, the Congress, is very much like the grand old car on Indian roads, the Ambassador. Both have become rickety and frayed at the edges yet both have an aversion to changing their model. Both are remnants of a protected era: the Congress reaped the benefits of its role in the Independence struggle and ruled without serious opposition while the Ambassador reaped maximum benefits of the license-quota raj and a sheltered economy.

When a people artificially deprived of choice lapped up the Maruti and later hundreds of other vehicles that took to the roads, the Ambassador did not know what hit it. Similarly, the Congress had no answer to the rise of caste and region-based parties which sprung up as a result of its own divisive politics and lack of concern for such aspirations. When faced with the said crisis, the Ambassador lobbied to strengthen entry barriers for other carmakers and the Congress imposed the hated Emergency. They acted (as the myth goes) like an ostrich burying its head in the sand. Even if the myth is ignored and we take the fact that the ostrich puts its head in the hole to find out whether the eggs it put there are safe, both of them cared for the safety of the eggs without thinking of providing for better upbringing for what comes out of the egg.

The Ambassador introduced an Isuzu engine, bucket seats and power steering to give power and style to its vehicle; the Congress introduced MNREGA and Food Security Bill to add fuel to its policies. Both of them thought that running the work at hand was the main issue. But both forgot that aspirations had risen dramatically. Now, power and style need to be supplemented by good looks and substance. The Ambassador did not factor in the issue of the omnipresent foreign television shows that aired images of classy vehicles or the Indian traveler going abroad and coming back to hate the dabba car. The Congress forgot that the educated youth did not want dole, they yearned for jobs and a modicum of self-respect.

Both have their die-hard fans who do not think beyond them. The Ambassador has loyal buyers among taxi operators who need to stuff seven to eight people in the car and make it profitable like an SUV at less than half the cost or government departments. But things are changing there too. As motor vehicle rules have changed to impose huge penalties for overloading and customers demand sleeker vehicles, taxis operators are also using other cars. In government departments, no officer worth his two-bit wants to be seen in an Ambassador car. The Congress attracts people who are benefitted by its various subsidy schemes and others who can make money through these schemes. But in the end, the car is destroyed much before its normal life cycle in the first case and the country is looted and only a chosen set of people (crony capitalists) benefitted in the second case.

The grapevine has it that the Ambassador is going to reinvent itself as an electric-only model with a new look and launch the vehicle in 2022. But the Congress is in no mood to reinvent itself. The party is being run by an ailing Sonia Gandhi as the interim president. Several leaders, most recently Sandeep Dikshit and Shashi Tharoor, have regularly pointed out the need to have a proper president to guide the party in these difficult times. By all accounts, the top leadership of the party is ready to let things drift rather than appoint a non-Gandhi as the president (since Rahul is unwilling and Priyanka is uninterested) and risk a split. But this is resulting in the party workers getting demoralized. The party is fast losing out to upstarts like the Aam Aadmi Party and is nowhere in the picture in UP and Bihar, the two largest states in India. Unclear policies and the absence of a guiding force are destroying the Congress and it seems no one is interested or has the vision to set things right.

Note: This article was originally written and published in 2014. It has been updated. That the contents remain valid even after five years goes on to show the complete inertia in the Congress and the total absence of vision in the party.