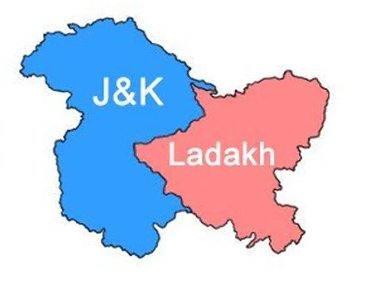 The J&K Action: Over To The Courts Now

The J&K Action: Over To The Courts Now

The government's move on Article 370 will definitely become the subject matter of numerous court cases as the National Conference and the PDP have already expressed their desire to challenge it. One feels that even the Congress will throw its hat in the ring, as will other smaller parties in J&K. The basic matter of the dispute is whether the government was right in getting the President to sign an order under sub-section 3 of Article 370 when the state assembly is not in existence and its concurrence or advice has not been taken.

Sub-section 3 of Article 370 reads as follows: (3) Notwithstanding anything in the foregoing provisions of this article, the President may, by public notification, declare that this article shall cease to be operative or shall be operative only with such exceptions and modifications and from such date as he may specify: Provided that the recommendation of the Constituent Assembly of the State referred to in clause (2) shall be necessary before the President issues such a notification.

But the section does not specify what will happen if the constituent assembly (which in case of J&K now means the state assembly) is dissolved. Since J&K is under the President's rule at present, is the Governor's recommendation enough? Does the Parliament automatically have all the powers that would vest with the state assembly if it was in place? Does the President have the power under Article 370(3) to issue notification without the recommendation of the state assembly? Will such a notification be valid under the Constitution?

Obviously, these and many other questions will be put before the Supreme Court which must now decide whether what the government has done passes muster as per the Constitution. Since J&K is a special case, there are not many precedents to guide the courts. The honourable justices would have to interpret the provisions from scratch and decide whether the government's action is contrary to what the law says.