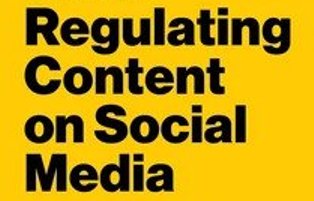 Several questions pop up as the government seeks to regulate OTT platforms and wants unbridled access to communications made by private citizens over social media. Although the Supreme Court has transferred to itself all such cases pending in all courts in India, the questions are not only legal but social and moral too.

The first question is that of privacy. Privacy of citizens has been recognized as a fundamental right by the Supreme Court and recently, the Bombay High Court has said that even tapping of telephones by the government is illegal. Private communication over social media is protected by end-to-end encryption. This means that only the sender and the receiver know what was written and what was read. Hence, if the government forces OTT platforms like WhatsApp to disclose these conversations, it would impinge on the privacy of citizens.

Governments the world over are displaying increasing intolerance towards dissent. Since social media over OTT platforms is the main tool where such messages are circulated, governments are seeking to regulate content over these platforms. Earlier, such regulation was attempted in the name of a threat to national security, disturbing the public peace or causing enmity between communities. But now, the threat to democracy has also been added to it. India, in fact, had a draconian law in Section 66A of the IT Act. Thankfully, it was struck down by the Supreme Court for being bad in law.

Any law enacted to regulate content over social media, apart from crushing the privacy of citizens, is sure to be so restrictive and ambiguously worded that it will be open to many interpretations. Obviously, it will lead to arbitrary decisions on part of the enforcing authorities. The government of the day will use it to stifle dissent and suppress views that do not match its own. In the past, one had seen people being prosecuted for forwarding memes and cartoons of political leaders.

Although no right-thinking person will support unrestricted or unregulated social media, a balance has to be struck between privacy, freedom of speech and national interests. Any law that is enacted will need to be crystal clear. It will need to define national security, enmity between communities, public peace and threat to democracy, among other things,  in unambiguous terms. It will need to set rules for prosecution in black and white, leaving no room for arbitrariness or highhandedness by the prosecuting agencies. To make such a law, the government must involve all stakeholders, including social activists and issue a draft after taking all suggestions into considerations. A government drafted law is more likely to kill social media.