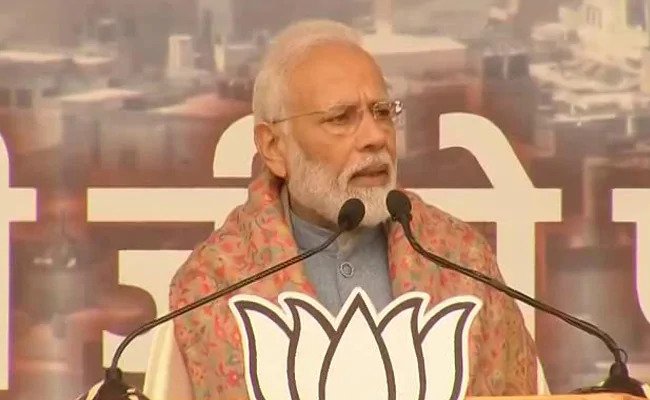 The Opposition Might Be Spreading Misinformation Over CAA, But Has The Government Explained The Amendments To The People?

The Opposition Might Be Spreading Misinformation Over CAA, But Has The Government Explained The Amendments To The People?

Addressing a large gathering at Ramlila Maidan in Delhi, Prime Minister Modi tore into the opposition by saying that they were spreading lies and misinformation over the Citizenship (Amendment) Bill (CAA). He said he was also pained at violence and arson and the loss of public and private property in these protests. He asked the protesters to burn his effigy and hate him but spare such property and protest peacefully.

But once more, the Prime Minister did not spell out anything to counter the alleged false propaganda of the opposition. Perhaps it was not the time and place to do so. But he must realize that just saying that the opposition is spreading misinformation is not going to do. He has to counter this forcefully by explaining the provisions, the need to do so and the bigger idea behind it.

Even the Supreme Court has asked the government to use the audio-visual media to explain to the people what is sought to be amended and why the government is doing so. The government must realize that if you leave your flanks open, the opposition will score goals at will. Since there has been no proper explanation about the amendments from the government side (apart from regular statements that it is not against the Muslims), the opposition has found the field empty and has told different things to different people in different states.

Hence, since the government is firm on implementing the CAA, it should now take pains to get an agency to develop simple modules to explain the provisions to the people in their language. It should not make the mistake of addressing only the urban class by disseminating the message only in English and Hindi. Regional language messages should also be made to take it to the masses all over the country.

The Prime Minister should also ensure that the excuse of violence and arson is not used everywhere to clamp down on peaceful protestors. While there has been violence at some such rallies, most others have been peaceful. If the Prime Minister cites the Parliament and the Constitution in saying that the CAA will be implemented he should honour the same Constitution by allowing peaceful protests against the Act by those who do not like it. He should try and convince them by explaining what his government has done and why, instead of letting the administration come down heavily on them.