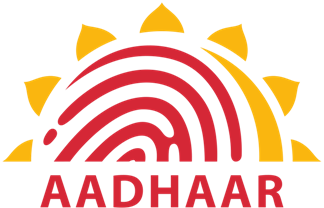 Holding an extreme view and carting the ball out of the park is what interests him most. He is a hard hitter at all times. Fasten your seatbelts and read. View all posts by this Author
The government seems to have given a free run to vendors of all kinds of services to link their services to Aadhaar. This is counter-productive as it goes against the rights of the citizens and also exposes the Aadhaar database to countless number of people who can be lured to part with sensitive information. There was a meme short time back which put things in perspective  it showed the keeper of a public toilet asking for Aadhaar number from a man who wanted to urinate.

The idea behind linking Aadhaar to various services is obviously to keep tabs on expenditure or investments by Indian citizens and to find out through big data mining whether these spendings and investments are shown in their tax returns. But that undermines the use of PAN number in the same services. Why have two documents linked with investments and expenditure? After all, when the PAN is linked to Aadhar and PAN is mandatory (or can be made mandatory) in all such investments and expenditure, there is no need to expose citizens' data to commercial service vendors like insurance companies, telecom companies, schools, hospitals and the like.

Once Aadhaar is linked to assorted services, there will be hundreds and thousands of people who will have access to the database. Although UIDAI has assured that the biometrics of the citizens are safe, it means that it does not put any value on the other information, namely, name, age, date of birth, address, telephone number and email id. But for a citizen, it is precisely this data that can become a nuisance and give others enough material to intrude on his privacy.

Further, concerns are being raised that unlimited use of Aadhaar number at the lowest end of the retail chain will put it in danger of hacking. Although UIDAI has now introduced a 16-digit virtual identity number for access and is going to add face recognition as another layer of security, NSA expert Edward Snowden has warned that indiscriminate use of Aadhaar will lead to successful hacker attacks. If the Aadhar database is hacked and possibly crippled, it will be a disaster for the Indian economy. Hence, use of Aadhaar should be limited only to subsidies and government transfers, the reasons for which it was originally envisaged.