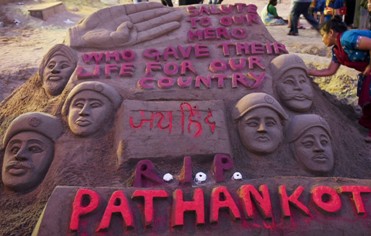 Editor-in-Chief of indiacommentary.com. Current Affairs analyst and political commentator. Writes for a number of publications. View all posts by this Author
India had heard of âfakeâ encounters. Now get ready for faked, or âstagedâ, terrorist attacks. The Pakistani sleuths who were provided access to the Pathankot Air Base have alluded to the fact that the terrorist attack might have been âstagedâ by India to discredit Pakistan and terror groups based in that country. In this respect, Prime Minister Modiâs calculated gamble of allowing the Pakistani SIT access to the airbase seems to be backfiring. Pakistan will never walk the talk where terror groups based in that country are concerned.

This, or something similar to this like saying the usual excuse that the attack was carried out by ânon-stateâ actors, was expected from Pakistan. When India first offered it evidence of involvement of terror groups in their country, Pakistan was skeptical. But it participated in the charade to come to India for a first hand enquiry due to international spotlight on the attack. It has gone back to form by trying to pass off the attack as one stage managed by India.

It serves the purpose of Pakistanâs politico-military establishment to continue engaging India in a shadow war through the highly radicalized and motivated terror groups. For all practical purposes, these groups are owned and operated by the Pakistani army. Yet, when matters come to a head, captured terrorists are disowned for being ânon-stateâ actors. As long as the international community does not recognize the charade and puts pressure on Pakistan to stop harbouring such groups, there will be no respite for India.