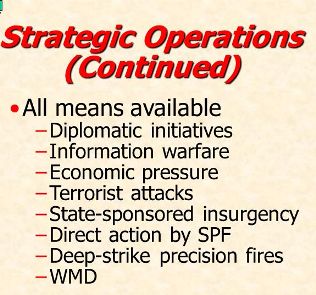 War With Pakistan: India Should Now Do All To Avert It

War With Pakistan: India Should Now Do All To Avert It

Editor-in-Chief of indiacommentary.com. Current Affairs analyst and political commentator. Writes for a number of publications. View all posts by this Author
After having judiciously and courageously opened up a new front by crossing the LoC and conducting a surgical strike inside Pakistan to smash terrorist camps, India should now pause to think about the cost of war before letting things slip out of hand. Our success in carrying out the operation is not a time for chest thumping and jingoism. Instead, it is a time for preparing for retaliation from a wounded and angry Pakistan (which the government has sensibly started doing immediately after the successful strikes) and to further tighten the screws through diplomatic endeavours. Already, stocks have crashed and the rupee has slid. There will be a huge price to pay in the event of a full scale war and the people of India will suffer. Economically, India will be pushed back by at least 10 years, if not more.

It is true that economic considerations cannot come in the way of securing the nations borders and thwarting the nefarious designs of Pakistan. The safety and security of the citizens should be the prime concern of the government and the military. But the present situation is one that can easily be handled by astute diplomatic and limited military maneuvers. Pakistans proxy war can be countered with increased vigil and cutting edge counter-terrorism measures, one of which was displayed with aplomb by the Army during the surgical strikes. Having been pushed into a corner diplomatically, Pakistan does not have the option of retaliating and is hence looking for face saving ways to deny the strikes.

But the military establishment in Pakistan is sure to goad the civilian government to explore military options in addition to escalating the proxy war. It will activate its sleeper cells in India and call in all its IOUs with separatists in Kashmir to create maximum disturbances in the days to come. It will explore other ways of sending terrorists into India. It will increase the frequency and ferocity of violations of ceasefire at the LoC. It will try and cause maximum damage to India covertly. India has to be wary about this.

But having played its cards right, India is reaping the dividends. No country in the world has spoken against the strikes. The US has just asked both the countries not to escalate matters further. It has also asked Pakistan to delegitimize terror groups like LeT and JeM as they have been designated as such by the UN. Bangladesh, for one, has supported India, saying the country has the right to make a response to any attacks on its sovereignty. China has kept mum after its continued snubs to Pakistan on J & K. As all countries are wary of terror groups and Pakistan is increasingly being seen as the major state sponsor of terrorism, India has the tacit support of most countries in its efforts to smash terror hubs inside Pakistan. Hence, India should do all that is practically possible to avert war as it now has the upper hand in the ongoing tussle.