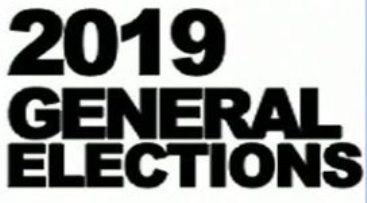 Editor-in-Chief of indiacommentary.com. Current Affairs analyst and political commentator. Writes for a number of publications. View all posts by this Author
There are two kinds of narratives going around. One has built an aura of invincibility around the BJP saying that Narendra Modis charisma, its overflowing coffers, the well-oiled election machine, the reach of the RSS shakhas and Amit Shahs machinations has turned the BJP into a formidable party that is sure to win the 2019 general elections. The other narrative takes into account the recent Samajwadi Party victories in Phulpur and Gorakhpur to put forward a theory that the days of the BJP are numbered. This strand says that given the individual strengths and committed voter base of regional parties in their respective areas, the base and organizational infrastructure of the Congress in several large states and the urgent desire of both the regional parties and the Congress to overthrow Modi, along with the alleged disenchantment of the voters with the current dispensation, the BJP is sure to be shown the door in 2019. Both these narratives are biased. The reality lies somewhere in between.

There is no doubt that the sheen around Narendra Modi has dissipated to a large extent. He is no longer seen as the knight in shining armour who will deliver the country from the clutches of the corrupt UPA and generate jobs to fulfill the rising aspirations of the countrys youth. Couple this with a largely listless governance record in the last four years and the failure to rein in the Hindutva mafia that issues diktats on food habits and fixes dress codes, the cow vigilantes and those who vandalize places of worships and the picture is complete. The people had not bargained for replacing those who were looting the country (read UPA) with people who will loot the countrys peace and harmony and alter its culture.

Hence, it is good that an opposition is building up to counter the brute majority that the NDA had got in 2014. A democracy without a meaningful opposition is pointless. But 2019 is still a long way to go. Apart from their expressed hatred towards Narendra Modi, none of the opposition parties have suggested what policies they have in mind to take the country on the path of progress. History is also against them. Despite having a common minimum programme, every time such an alliance has ruled India it has ended in disaster.

The Janata Party (a loose conglomeration of several smaller parties) ruled for just two years from 1977 to 1999 despite a good majority. Again, in 1989, the Janata Dal, with outside support from the BJP, under V P Singh ruled for just over a year before Chandra Sekhar broke away to form the government with support from the Congress. He also lasted just under a year. Only P V Narashima Rao could run a minority Congress government with support from several parties for a full term of five years. H D Devegowda lasted for just 18 months and I K Gujral even shorter. In the interim, the BJP tried to form a minority government with support from regional parties several times but lasted only a few days or months, till 1999 when Atal Behari Vajpayee could complete his full term. The general perception is that regional parties are unreliable alliance partners as they are guided more by regional issues than national ones.

The biggest task before the opposition is to agree upon the leader of the pack. The Congress thinks that that position is reserved for Rahul Gandhi by default. But some in the opposition have already started talking about a regional-parties only front that bypasses the Congress. Sharad Pawar, Mamata Banerjee, Mulayam Singh Yadav and even disgruntled BJP stalwart Yashwant Sinha (who is likely to join one such front once it takes shape if Modi continues to rule the roost in the BJP), among others, all have their eyes on the coveted chair. Each of these regional satraps are likely to pull the coalition is different directions given their pet preferences. Hence, agreeing upon a common minimum programme will be their next stumbling block. Then, if they surmount these two problems, representation in the cabinet will become the next hurdle. Notwithstanding Phulpur and Gorakhpur, the path of opposition unity is strewn with so many landmines that one is not hugely enthused with all the discussions going around.

On the other hand, since the BJP is currently the ruling party, one can be sure it is going to put its position to full use and employ every trick in the book to divide the opposition. The way it broke the Mahagathbandhan in Bihar is fresh in peoples memory. It can lure smaller parties with loaves of office and support at regional level. It can also play one party against the other to create differences. Further, with the jolts in UP and Bihar, the party is likely to employ its full might from now onwards. It will shed complacency and ensure that committed urban voters turn up at the booth. It will put the reach of the RSS to work to gain maximum advantage. In short, the opposition is unlikely to catch the BJP unawares like they did in Phulpur and Gorakhpur. From now on, the BJP is likely to calculate each number to its smallest decimal and not allow any advantage to the opposition.

Further, even if the regional parties and the Congress unite, there is still not a visible negative wave against BJP. The swing away from the BJP in UP was largely due to the low turnout when the party missed bringing committed voters to the polling booths.The worst case scenario would be that there would be a hung parliament. In that case, if the Congress has enough numbers, it can form the government with support from regional parties. But will such a government last?

The other scenario would be that the NDA will retain power with a vastly reduced majority, with the BJP not getting a majority on its own. Even that government is unlikely to last very long. But there is another possibility  the way Narendra Modi has been topping the charts, in terms of popularity, in successive polls, there is still a chance that he can swing the race BJPs way in the home stretch, especially since Rahul Gandhi has not managed to gain acceptability in large parts of India. Whatever the outcome of the 2019 elections, India is going to witness a no-holds-barred and acrimonious battle that could make or break many politicians and parties.