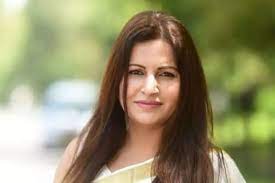 Who Murdered Sonali Phogat And Why?

Who Murdered Sonali Phogat And Why?

People are talking about actor and BJP leader Sonali Phogatâs unnatural death in a Goa resort and the various theories doing the rounds about the cause of death. People say that the Goa police should not have jumped to conclusions in initially declaring that she had died of cardiac arrest. People are of the opinion that they should have waited for the autopsy report which, when it came out, stated that there were âmultiple blunt force injuriesâ on her body.

This, people say, proved that Phogat was murdered. Subsequently, people say, videos have surfaced showing Phogat being escorted out of a pub in a heavily inebriated state (she was not being able to walk and someone was assisting her). People say that the police should also investigate the reports that her drinks were spiked. People say that another serious angle has been added to the story by the claim of her brother who said that she was raped and murdered.

People are of the opinion that the Goa police, who have arrested two associates of Phogat after the autopsy report was released, should investigate the matter thoroughly. They say that the injury marks on her body clearly show that she did not die of cardiac arrest and the persons who killed her must be apprehended and brought to justice. Although Goa DGP has said that the post-mortem report was inconclusive as to the cause of death, people say that the police should get to the bottom of the matter.