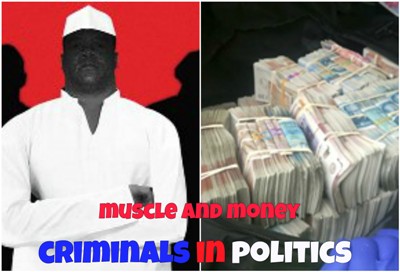 Who Will Prevent Criminals From Contesting Elections?

Who Will Prevent Criminals From Contesting Elections?

The Supreme Court has admitted a plea by the Election Commission of India to examine whether a directive could be issued to all political parties in India to refrain from fielding candidates with criminal records in any elections. Although pinning a criminal record on politicians is tricky as they are charged (and sometimes convicted) with various crimes like unlawful assembly and sedition, apart from defamation, when they are in the opposition, there is a need to prevent those who have a record of more serious crimes from contesting elections.

But will a directive from the Supreme Court be enough to rid the Indian democracy of this ill? Unless Parliament amends the Representation of People's Act, 1951 (and related laws) people with criminal records cannot legally be prevented from being candidates in an election. But can the people expect anything from the current Lok Sabha in which more than 46% of the MPs have a criminal record and 29% have that for crimes of very serious nature? And who will bell the cat? Every political party in India is guilty of fielding such candidates, only the percentage varies.

This is a direct result of the fact that money and muscle have taken over the electoral system in India. Despite pontificating on the ill effects of both, no leader has the sagacity to bring in amendments to rectify the situation. Rajiv Gandhi had a brute majority in 1984 and talked about ridding the Congress of "power brokers" but nothing came out of it. Narendra Modi has an overwhelming majority now and can bring about a change but the government has shown it is not interested in doing so by introducing the opaque electoral bonds and the BJP fielding the highest number of candidates with criminal records.

A more serious question is why do people support such candidates? If a person has a criminal record, it is obvious that people in his or her area of operation know about it. Then why do they support such bahubalis? The first and obvious answer is due to fear. Then there is a matter of choosing the lesser evil as maybe all the candidates in the constituency have criminal records. The people also think someone who is powerful, regardless of being a criminal, will get their work done. They also vote for such candidates if he is put up by the party they support.

Hence, it can be forcefully argued that if parties do not field tainted candidates, people will not be forced to vote for them. But that is unlikely to happen in the present scenario. All parties need money and muscle to run a campaign and they are more likely to lean towards criminals who can provide both money and muscle than ideologues who can only provide ideas and speeches. It is a matter of commerce and political parties increasingly resemble unethical and greedy corporations in this respect. The Supreme Court had in the past issued many directives to clean up the electoral system. They have failed to work in the absence of a political will. All parties stand guilty of colluding to maintain the status quo in this respect.

In fact, the NDA government had vehemently opposed a suggestion made by the Supreme Court in 2018 to give registration to political parties only if they did not field tainted candidates. The government had argued that it was not for the judiciary to decide on such matters as it was the exclusive domain of parliament. A five-judge bench of the court was hearing several pleas that sought to bar such candidates from contesting elections. The court had found merit in the suggestion by senior advocate Krishnan Venugopal that it issue a mandamus to the EC in this regard. The court had then agreed that it indeed did not have the power to ask parliament to enact a law on the subject but could issue a directive to the EC to prevent such persons from entering public life. Since the present plea is by the EC itself, it will be keenly watched how the government responds and how the court decides on the matter now.