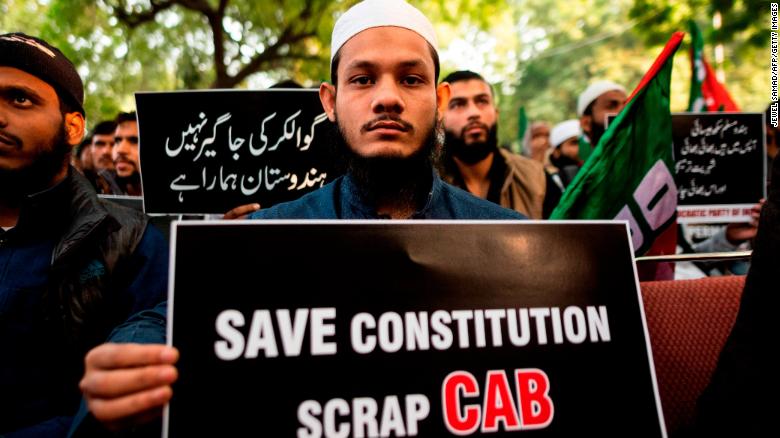 Why Are Muslims Protesting Against CAB?

Why Are Muslims Protesting Against CAB?

Why are Muslims all over India protesting against the Citizenship (Amendment) Bill (CAB)? How are Indian Muslims likely to be affected in any way if the bill is made law? The Bill neither takes away any of their privileges nor downgrades any benefit being enjoyed by them as per the Constitution or the laws in force. It does not in any way even attempt to make them less Indian or take away their citizenship. They are a minority in India and enjoy special status and that status is fully protected, both by the Constitution and various other laws.

The amendment now being carried out to the Citizenship Bill is to provide Indian citizenship earlier than before to the minorities being persecuted for professing a religion other than that of the majority community in neighbouring countries like Pakistan, Bangladesh and Afghanistan. Is this wrong? When India can provide special status to minorities in its own country, it has every right to grant early citizenship to those who are facing religious persecution in Muslim majority nations in the neighbourhood.

Those who are protesting against CAB are missing the fundamental point - it has nothing to do with religion. It seeks to protect the interests of minorities who are facing persecution because of their religion. Is there anything wrong with that? How is it discriminatory and against Muslims? If the matter is religious persecution of minorities, how can the Indian Muslims claim that India has to grant early citizenship to Muslims from these countries if they are in the majority there? Muslims have been left out in the amendment simply because they are not in a minority in Pakistan, Bangladesh or Afghanistan and the CAB is designed to protect the interests of minorities facing persecution in those countries.

Whether or not the CAB meets the exacting standards of the Indian constitution is for the Supreme Court to examine and decide. But there is fundamentally nothing wrong in granting early Indian citizenship to those facing religious persecution in their homeland. Those who think that it discriminates against the Muslims have not understood the basic idea behind the amendments.