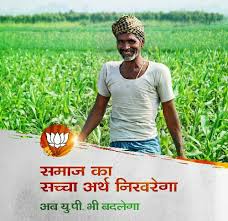 Will BJP win UP or Will it be a Hung Assembly?

Will BJP win UP or Will it be a Hung Assembly?

Editor-in-Chief of indiacommentary.com. Current Affairs analyst and political commentator. Writes for a number of publications. View all posts by this Author
Despite the most acrimonious state election ever, Uttar Pradesh seems to be sending out the message that there will be no clear winner. As of now, the buzz is that voters are equally divided between the BJP and the SP-Congress combine, with the BSP falling behind. This shows that despite washing the dirty family linen in public, Akhilesh Yadav has managed to retain his vote bank to a large extent. It also shows that the BJP and the BSP have failed to take advantage of the ugly feud in the SP.

Has the alliance with the Congress helped the SP? The picture is not clear on that, but the apparent bonhomie between the cadres of the two parties on the field is creating an atmosphere of goodwill for both the parties. Whether this will translate into votes is another matter, but with Akhilesh firmly in saddle and the face of the combine, SP must be confident. Only if the younger Yadav can keep his tongue in control, he has things going good for him. For, double meaning remarks like donkeys of Gujarat can boomerang badly. The Congress is not expected to do well even in Amethi and Rae Bareilly, which aptly sums up its position. Rahul Gandhi is not taken seriously anywhere in the state and with Sonia ill and Priyanka just putting in the odd appearance, the party seems on the verge of being wiped out in the state.

On the other hand, despite the high octane campaign and months of strategizing, the BJP is hampered by not having a CM face. There being no frontrunners in the party, the people are confused as to who they are voting for. Modis appeal can only be limited in a state election. Further, the Jats in western UP seem to be still alienated despite Amit Shahs last minute attempts to pacify them. For the BJP, a lot matters in eastern UP and if they cannot repeat their 2014 Lok Sabha in this region, they will not be able to form the government. If it is not able to win UP, Amit Shahs image will suffer irreparable damage. For, despite planning long and hard with allegedly unlimited funds and huge infrastructure, the loss will be viewed as bad strategy on his part. But he will remain at the helm for as of now, he is the only man in the party whom Modi trusts.

The BSP seems to have thrown in the towel. There is no buzz around the party. Mayawati looks like a spent force, despite her provocative comments against Modi. The party workers are a lost lot. It will at best retain its traditional strongholds and might even lose some vote share. The transformation of the BSP from a ruling party to an also-ran is too stark to be missed. 2017 is going to be the year that will define its future existence. Lack of planning and people contact in the years out of government have been the partys undoing.

If BJP does not win in UP, its dream of having the Rajya Sabha in control by the 2019 elections will be shattered. This will mean that even at the end of his term, Modi will not be able to push for urgently needed economic reforms, the pillar on which his promise of acche din was based. Having done much to eradicate big ticket corruption and streamline processes, the BJP needs a majority in the Rajya Sabha to complete the rest of its agenda and for this a win in UP, which sends the largest number of MPs to the upper house is necessary. As of now, this seems a distant possibility.