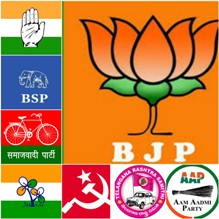 Will NDA Return With Majority?

Will NDA Return With Majority?

View all posts by this Author
The Times Now-VMR opinion survey, the first since the Balakot strikes, shows the NDA gaining 13 seats and the UPA losing 17 seats while the others (parties not aligned with the two major groups) gaining 4 seats from a similar survey conducted a few months ago. For the first time since surveys for the general elections started appearing, the NDA has been projected to get an absolute majority. Previously it was close to the half-way mark and it was expected that as the largest group, it would get post-poll support from smaller parties to form the next government. But after the Balakot strikes, the equation seems to have changed.

The NDA is not likely to suffer as much damage as was expected in UP. Although it is going to lose, it is slowly crawling back in the picture to retain more than half the seats it won in 2014. With reports of infighting in the SP and party workers refusal to work for candidates of the other party, it seems the BJP would be able to minimize its losses. In Bihar, with the opposition mahagathbandhan floundering, Nitish Kumar is likely to add handsomely to the NDA tally.

The picture in the rest of the country is along expected lines. The BJP, despite strategic alliances, is nowhere in the picture in the south, barring Karnataka. In Maharashtra, the party will gain due to its renewed alliance with the Shiv Sena. The Gujarat scenario confirms that the states love affair with Modi continues despite the scare in the assembly elections. Rajasthan and Madhya Pradesh are likely to vote in a different manner for the Lok Sabha polls and although they booted out incumbent BJP governments in the recent assembly elections, they will dash Congress hopes by backing the NDA in Lok Sabha.

The results of the survey once again confirm that if the index of opposition unity is low, the BJP gains. Hence, it is the failing of opposition leaders that they have not been able to set aside personal egos and turf wars to come together despite charging the BJP with destroying the institutions and dividing the nation. Who, then, is doing more harm to the country? The BJP, by governing as per its agenda or the opposition for being so selfish?