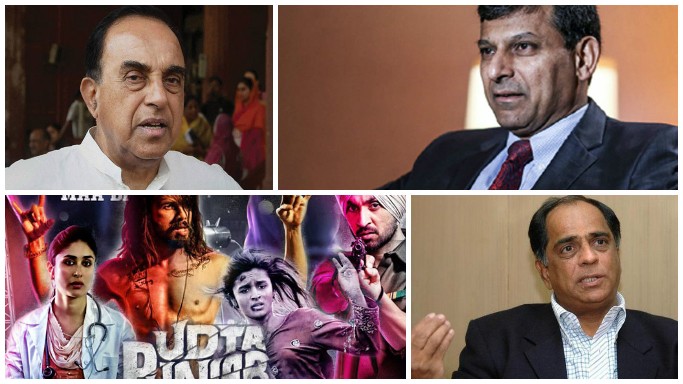 With Friends Like These, PM Modi Doesn't Need Enemies

With Friends Like These, PM Modi Doesn't Need Enemies

Editor-in-Chief of indiacommentary.com. Current Affairs analyst and political commentator. Writes for a number of publications. View all posts by this Author
With friends like Subramanian Swamy and professed chamchas like Pahlaj Nihalani, Prime Minister Narendra Modi does not need enemies. One has named these two as they are the most prominent members of an unofficial brigade that is somehow channeling their own prejudices and views against certain people, institutions and procedures to make them look as if they are the prejudices and views of the Modi government. In the process, these so-called friends and chamchas are scaring away talent. Are we going to let these loose cannons have their way and let venerable Indian institutions function in the way only they want them to?

The way Swamy first went after RBI governor Dr Raghuram Rajan and is now going after Chief Economic Advisor Arvind Subramanian, incidentally a PM Modi appointee, is crass. He has no business to impose his own convoluted opinion in the framing of public policy and important appointments in the country. He should be urgently told in no uncertain terms by the party and the Prime Minister that his self-assumed role of being Bhism Pitamah and Dronacharya combined to the government will no longer be tolerated. If he has differences with any policy or appointment, he should air these in party forums and let the party decide. His stupid outbursts are most likely to dissuade talented and self-respecting professionals from taking up any job with the government of India lest they are hounded by the likes of Swamy.

It seems Swamy has been taking his branding as a maverick too seriously. He is crossing the line of decency. If the party and the Prime Minister approve of what he is doing, he should be appointed as the Super Authority on all economic matters for the country with a mandate to vet all top level appointments and his consent should be taken on all policy matters. If not, he should be told to shut up.

As for Pahlaj Nihalani, he should be told to keep his personal loyalties aside and follow due procedure in carrying out the functions assigned to him as chairman of the CBFC. The way he tried to scuttle the release of a harmless and topically interesting film like Udta Punjab shows that he let his personal prejudices and other political considerations colour his decisions in the matter. People like Nihalani are chipping away at the roots of our venerable institutions. The government had appointed the Shyam Benegal committee to suggest ways to improve the working of the CBFC. The report of the committee has been submitted. It should be implemented without delay and Nihalani should be told to follow procedure. Otherwise, he will continue to get egg on his face as the courts will not let him have his illegal ways.

Prime Minister Modi has a grand vision for India. To achieve this, he requires talented people in place in institutions that will deliver his policies to the people. If Swamy, Nihalani and their ilk are not stopped now, Modi is most unlikely to find these talented people to man the institutions. Then, his dream will be shattered.