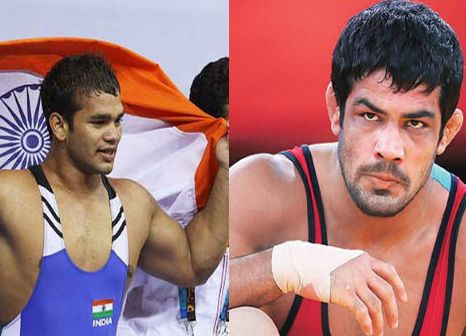 Editor-in-Chief of indiacommentary.com. Current Affairs analyst and political commentator. Writes for a number of publications. View all posts by this Author
An ugly spat is going on between two wrestlers, Sushil Kumar and Narsingh Pancham Yadav, over which one of them is going to represent India in the 74 Kilogram category at the Rio Olympics. Officially, Yadav has passed the required criteria; Sushil was out with injury for a long period. But since he is now fit and raring to go, Sushil is coming up with absurd suggestions like a one to one fight to decide who is better. Being an old hand, he should know that once qualification standards are set and those fit enough to participate in such tournaments do so and meet those standards, knockout rounds are neither ethical nor permissible. Any frustration at not being able to take part in Rio (he knows that he will be past his prime in the 2020 Olympics) should be directed at his injury and not Yadav.

It is sad that Sushil is employing all kinds of dubious methods to garner support for his claim â sustained campaign on social media, inflammatory interviews to print and electronic media and court cases. This is not the way champions behave. He has had his share of glory. But now, for whatever reason, if he finds himself out of contention, he should support the wrestler who is going as representative of the Indian wrestling community. By indulging in such tactics, Sushil is bringing shame upon himself.

If this kind of pressure is brought upon Yadav, including the attendant uncertainty, his preparation will suffer. Who will be responsible for that? As an elder statesman, Sushil Kumar should bow out gracefully and allow Yadav to go to Rio fully prepared. Sushil should even teach him several tricks to erase the memory of this bitter fight.