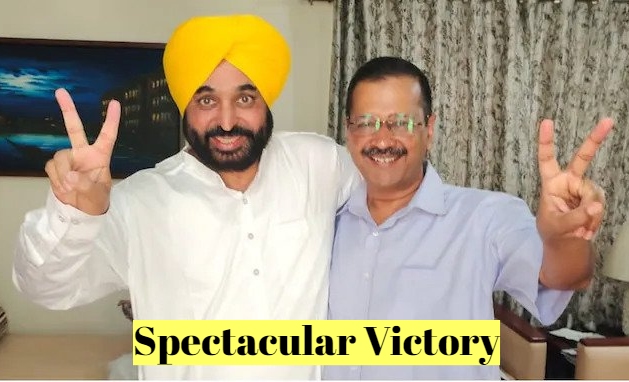 AAP Win In Punjab Is Momentous

AAP Win In Punjab Is Momentous

It's an AAP tsunami in Punjab that has washed away almost all the senior and current leaders - Akalis, Congressmen, ex-Akalis and ex-Congressmen. The entire Badal clan has been defeated. Amarinder Singh has been vanquished in his Patiala stronghold. Charanjit Singh Channi was made to bite the dust in both the seats he contested and Congress loudmouth Navjot Singh Sidhu was silenced in Amritsar East by an ordinary AAP worker. AAP won a staggering 92, or nearly 79 percent of the seats. It takes decades for a political startup to win the people's trust and win a few seats. AAP has won two elections in Delhi (it first formed the government in Delhi in 2013 as a minority party with outside support from the Congress) with handsome majority and has now won in Punjab in spectacular fashion, making it the party to watch. It is now clear that slowly but surely, AAP is positioning itself as the party of change, a party which the people can turn to if they get disillusioned with the established players. Yes its performance in Goa and Uttarakhand was not as expected, but for a small party like AAP, it will have to be one state at a time. Party leaders have already identified Gujarat and Himachal Pradesh as the next two states where the party will make a serious bid in the next elections.

AAP's Punjab win is truly momentous. With few known popular leaders in the state, the party beat entrenched stalwarts with far greater experience and resources by highlighting its excellent work in health and education in Delhi, its people-centric schemes and offered freebies if it was voted to power. But one thinks that all that mattered little once the people of Punjab decided that they had had enough of the broken promises and loudmouths and decided to give Kejriwal a chance. Of course he got the chance only on the basis of his work in Delhi and the untiring way AAP kept up the connect with the people of Punjab after the disappointment in 2017. But with the win comes the responsibility. Punjab is beset with many problems and some dynasties have a finger in all the goings-on. AAP will have to ensure that this crony capitalism is smashed and just a privileged few are not allowed to corner a major share of the state's resources. The drug problem needs to be tackled, and fast. Punjab has the resources, the capital and the hardworking people that can once again make it the premier state in India. It just needs a good government. AAP has received a huge mandate to bring in change and people will expect it to provide the leadership needed to rid Punjab of things that have kept it back.