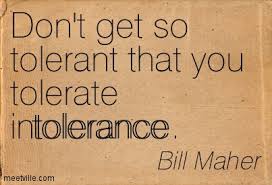 Editor-in-Chief of indiacommentary.com. Current Affairs analyst and political commentator. Writes for a number of publications. View all posts by this Author
The narrative has changed from inclusive growth (sabka saath, sabka vikas) to that of intolerance and assertion of Hindu supremacy (jo humse takrayega, chur chur ho jayega). The government is not heeding the warning signals. It is still trying to deflect the issue of intolerance and concerted attacks on minorities and rationalists as either issues that should be tackled by states where they are happening or incidents which are not related to each other. It is treating the return of awards and state honours by writers, filmmakers, scientists and other eminent persons as a conspiracy. Its spokespersons are also saying that this is not the first time such things are happening in the country. All this is good defence for the RSS, but not for the Modi government, simply because it is responsible for the well being of all its citizens while the RSS is not. It is answerable to the electorate while the RSS is not.

One would have not thought much of PM Modiâs silence on the subject if his government had taken steps to rein in the mischief makers. But no less than the BJP president Amit Shah continues to say that there will be Diwali in Pakistan if BJP loses in Bihar. It is this attitude of signifying that Pakistan, and by that convoluted Hindu extremist extension, Muslims, will be happy if BJP loses is what goes against inclusive growth. How do you wish to gain the trust of minorities if you say that they will be happy if BJP does not win? On the one hand Modi says that Hindus and Muslims should jointly fight poverty while on the other his trusted lieutenant says that Muslims will not be happy if BJP wins. Is it really necessary to trample upon the minorities in order to consolidate the highly divided Hindu vote? If the self-styled guardians of a people who form 80 percent of Indiaâs population have to assert themselves by inciting mobs to attack minorities, it speaks volumes about their low self-esteem.

If the BJP does not condone these attacks, mere words expressing regret that they happened are not going to suffice. The BJP has to convene a meeting of all its MPs, its state unit presidents and leaders of all fringe Hindu organizations and has to tell them without mincing words that such hate mongering and attacks on Hindu rationalists and minorities will not be tolerated by the administration. The party has got a mandate for growth and economic revival. Bringing out the hidden agenda post victory is not going to serve the party in the long run. Does Modi want to rule India only for 5 years? If he has ambitions of occupying the crease for a longer time, he has to be tough and stop the Hindutva riff-raff from hijacking his mandate.

It is not right to treat these incidents as isolated. Any impartial observer can make out that a particular section of the Hindu society is creating a common thread whose agenda is to bring up one issue at a time and create an atmosphere of fear and assert Hindu supremacy. Earlier it was conversions and ghar wapsi, now it is cow slaughter. Later, it might be Ramjanmabhoomi Temple, or Kashi and Mathura and still later something else that they can drum up. Letting one anti-national act of hooliganism go unpunished is enough to embolden these elements to try another. Very soon, the chain of such acts will form enough suffocating garlands that will choke Modi and his team. Hence, the time to act is now.

It is very easy to deprecate the intelligentsia (writers, film-makers, scientists et al) for returning awards and questioning their motives, but when known sympathizers like Infosys co-founder N R Narayana Murthy, RBI governor Raghuram Rajan and the international ratings firm Moodyâs start sounding the warning bells, the government will ignore their views at its own peril. The big picture of Modiâs plan to reinvent India as a manufacturing destination requires MNCâs to come and set up production facilities here. Speeches projecting a rosy picture of what will be done by the government are fine, but when someone puts his money in India, he will look for a congenial business atmosphere that does not only mean government support. It also means political and social stability. Even before the BJP could overcome the hurdles placed in its way by a lack of majority in the Rajya Sabha, it has allowed itself to be negatively swamped by its own MPâs and the Hindutva elements. At this rate, the chances of it ushering in acche din are fast fading. There is still time though. Prime Minister Modi has to find his mojo back and needs to assert himself strongly. If not, he will have only himself to blame for squandering away the historic mandate he almost single-handedly got for the BJP.