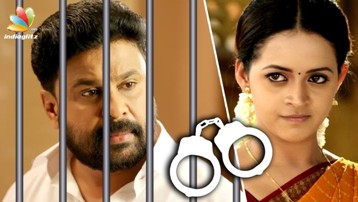 Anukriti is a student who dabbles in writing when she finds time. View all posts by this Author
Actor Dileep from Kerala has always led a colourful and controversial life. But he crossed all limits when he hired a gang to abduct an actress with the possible intention to get her raped. He was arrested and suspended from the powerful film industry body, Association of Malayalam Film Actors (AMMA). He is out on bail pending the disposal of the case. In a decision that shows his immense clout, AMMA has decided to revoke his suspension and take him back. This has prompted several actresses to resign from the body.

Along with the victim in the above case, leading actresses Rima Kallingal, Remya Nambisan and Geetu Mohandas have left the body. They are protesting the managing committees decision to readmit Dileep even though he has not been cleared of the serious charges. They say that this amounts to giving him a good character certificate which he does not deserve. The actresses have also started a new body called Women in Cinema Collective (WCC) that has been formed to protect the interests of female actors in the industry.

AMMAs decision to take Dileep back is not correct. He has been accused of being part of a controversy to abduct and rape a fellow actor. The body should have waited till the case was disposed before taking a decision. It will also put the victim under immense mental trauma. But Dileep enjoys immense clout in the industry. In the past, he has been accused of even making puppets out of industry seniors like Mammootty and Mohanlal.

These developments show that the Malayalam film industry is no place for female actors, as has rightly been pointed out by the actresses who resigned. Instead of rallying behind the victim, the male dominated AMMA has subjected her to more mental torture by bowing before her tormentor. This is something that should be taken up by the seniors in the industry. Female actors should be made to feel safe. One discredited man should not be allowed to dictate terms to the whole industry.