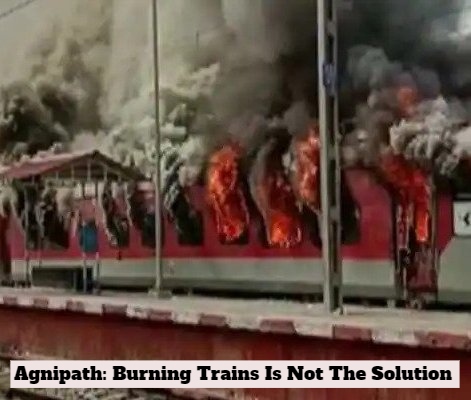 Agnipath: Necessary Reform, But The Concerns Of The Youth Must Be Addressed

Agnipath: Necessary Reform, But The Concerns Of The Youth Must Be Addressed

There are several things that recommend recruitment for armed forces under the Agnipath (Tour of Duty) scheme for a limited period of four years. Apart from the fact that it will result in immense savings of account of payment of pension (an expense that eats up nearly 30% of the defence budget in India) which can then be used for capital outlay in modernization of the forces, the fact that warfare tactics have changed in the last decade and an oversized military is no longer seen as a strength is a big reason to usher in this major reform.

With salaries and pensions together making up nearly 60% of the defence budget, India has to look at ways to prune expenses under the two heads. If boots on ground were as important as in the past, this reform would have been disastrous. But as cyber, chemical and biological warfare and use of other modern technology reduces the importance of number of soldiers on the ground, other nations have trimmed the size of their armed forces and have invested in modern technology to update the same. India also needs to do the same in order to keep abreast. But funds are limited and a reordering of priorities needs to be done. Changing the recruitment policy to reduce the salary and pension bill is a major step in that direction.

Of course any trimming of the size of the armed forces cannot be at the cost of its military preparedness. The charge that short service commission will reduce the capability of the armed forces is not entirely true as the recruits will be inducted in cycles and at any time there will be enough trained recruits at any given point of time. The US has tour of duty as an integral part of its armed forces recruitment policy and nearly 70% of armed forces personnel are discharged without any pension. Also, it is not as if short service commission did not exist in India. Even now SS officers are there for 10 years plus 4 years extension, making them ineligible for pension.

But given the size of the Indian population and the fact that lifelong pension after 15/20 years of active service is one of the major attractions of joining the armed forces, any change in policy was always likely to meet with resistance and be a political hot-potato. The government has to allay the fears of the youth who feel that if they are discharged from the military after just four years without any recognizable skills for further employment in the prime of their life, it will be difficult for them to make ends meet. Although several ministries and the corporate sector have pitched in to assure Agniveers of employment, the matter is still very sensitive. Lack of effective communication from the government has further complicated matters. But violent protest which destroys public and private property cannot be condoned and the youngsters must avoid it.