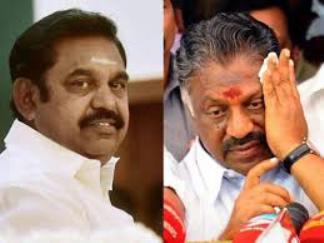 Editor-in-Chief of indiacommentary.com. Current Affairs analyst and political commentator. Writes for a number of publications. View all posts by this Author
With Sasikala in jail and her nephew TTV Dhinakaran being questioned by the authorities for trying to bribe EC officers, it was the perfect time for the warring AIADMK factions in Tamil Nadu to bury the hatchet and come together. For a time, it looked a possibility. But power is a great disrupter. O Panneerselvam (OPS), being the trusted aide of late Jayalalitha, thinks that he has the first right to power since Madam trusted him, not once but thrice. He feels that Palaniswami usurped the chair with Sasikalas help.

The conditions that the OPS faction set were just red herrings designed to put pressure on the rival group. Actually, he covets the chief ministers chair. But his plans got stymied when the state finance minister D Jayakumar said that he was willing to give up his post in an oblique signal that the Palaniswami faction would not yield the top job. The OPS faction seized on this remark and complained that the rival faction was not serious about the merger. It alleged that Palaniswami was asking his ministers to issue confusing statements to queer the pitch. The Palaniswami faction is also questioning the intent of the OPS group.

OPS has just 12 legislators with him. But they are a powerful group, having been there and seen all in state politics with the late Jayalalitha. They were trusted by her and their tentacles run deep in the state administration. Many senior officers are beholden to the OPS group for the position of eminence and power they find themselves in. The Palaniswami faction, on the other hand, has the power of possession, as in real estate. They are occupying the secretariat and will not budge. This makes things difficult for the merger. As of now, a merger is a distant possibility unless one of the factions gives in. The shape of the merger, if there is one, will also disclose Sasikalas immediate and future hold over AIADMK.