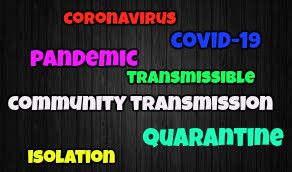 The central government, either on its own or in consultation with state governments, has taken many quick and stringent decisions in the last couple of days as it became apparent that despite the previous restrictions, there was an increasing possibility of community transmission of Covid-19 in India. After closing down schools, colleges and other public places like theatres, museums, malls, etc. and advising people to work from home wherever possible, the government moved in quickly to stop interstate bus services. After visas of all foreigners were canceled until March 31, international flights were totally banned. Then, it stopped all long-distance passenger trains and later revised the order to include Metro services and local suburban trains. The idea is to break the chain of transmission and this is possible only if people do not congregate even in small numbers.

Then, on 22nd March, the health ministry held a press conference and informed that it had advised state governments where confirmed cases of coronavirus had surfaced to declare a complete lockdown in such districts until March 31. The list was for 75 districts initially but later expanded to 83 districts. Some states like West Bengal have further expanded the lockdown keeping in mind the density of population in some districts where migrant workers have returned from various places in India that are already reporting many confirmed cases. With the increasing number of cases in the state, Maharashtra has decided to place the entire state under curfew from today and seal the borders. This is exactly what should be done. In fact, some experts are of the opinion that India should have taken these steps much earlier. But in a country where most cases were brought in by people coming from abroad, such a complete lockdown earlier was not called for and would have resulted in panic. Prime Minister Modi did the right thing in first involving the citizens to self-impose what he called a "Janta curfew" (which was a resounding success) and then declare the lockdown.

Subsequently, it has been decided today to stop all domestic flights from March 25. This is also a step in the right direction. There were many students and professionals who were staying away from home. But with the lockdown in place, they would obviously like to return home. They have been given enough time for that and with bus and train services already stopped, there was no logic in allowing domestic air travel. In any case, traveling in these times is full of risks and people should ideally keep themselves in self-quarantine wherever they are.

But all efforts of the Central and state governments will come to naught if the citizens do not understand the gravity of the situation. The wife of the Google staffer who was infected slipped away from their Bengaluru home and traveled by various means to Agra to be with her parents. She immediately placed all those who came in her contact during the long journey in danger. There was a case in Kolkata where a government official tried to shield her son who was returning from the UK from screening at the airport. Later, he was diagnosed with Covid-19. The mother had taken him to the state secretariat and there was immediate panic in government circles and CCTV footage was examined to see whether any of the persons she contacted in the secretariat had later been in contact with ministers of even the chief minister. Luckily, the parents of the boy and their driver and other house help did not test positive. In another case, singer Kanika Kapoor irresponsibly did not adhere to self-quarantine after returning from the UK and traveled to Lucknow to throw a party where many politicians and celebrities were invited. She also attended other social functions in the UP capital. She tested positive and it has just now been reported that her second test has also been positive. Just imagine the havoc her irresponsible behaviour has caused. This is the way the virus will transmit in the community. These are just three examples that have been reported. There might be hundreds of others who have been similarly irresponsible. If educated and supposedly responsible citizens do not care for their own safety and that of the community, no action the government takes will be enough to stop the spread of the virus.