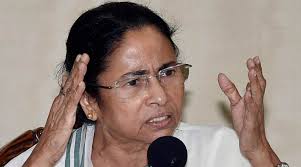 Holding an extreme view and carting the ball out of the park is what interests him most. He is a hard hitter at all times. Fasten your seatbelts and read. View all posts by this Author
The Army deployment in Bengal has created a fantastic situation, but not in the way Mamata Banerjee thinks. It is fantastic because ignoring facts, a democratically elected state government is accusing the democratically elected Central government of using the apolitical Army for political vendetta for conducting a routine Army exercise.

Ever since PM Modi announced demonetization of Rs 500 and Rs 1000 currency notes, Banerjee has been pulling out all stops in a bid to discredit him and his government. She has vowed that she will make him leave politics. While that can be a genuine mission for a politician, seeing demons and conspiracies everywhere is not.

The Army has released letters it had sent to the local police stations and the police top brass in Kolkata and Howrah, seeking permission and cooperation to conduct the exercise. This is an annual exercise the Army conducts to keep tabs on heavy vehicles that can be requisitioned in case of a military emergency. It was done in Bengal last year too. Why didnt Mamata cry foul then? What has changed (except demonetization and worsening relations with Modi) since then that Mamata sees this as political vendetta?

Mamata Banerjee is in an overdrive to assume the mantle of a crusader against Modi. She has been touring the northern states to hold rallies against demonetization. She has even obliquely called Nitish Kumar gaddar after he refused to be a partner in her crusade. Her finance minister has already hinted that the GST Bill might be in trouble. But what will she achieve with all this?

Her appeal is negligible outside of Bengal. People elsewhere see her more as a rabble rouser and anti-industry. Her rally in Delhi before the 2014 Lok Sabha elections flopped as Anna Hazare chose not to align with her. Now she has found an ally in Arvind Kejriwal, an equally famous, if not equally experienced, rabble rouser.

But her move to take on the Army is ill-advised. Already there were all kinds of whispers when she vehemently opposed demonetization. With her latest protest against the Army, Mamata will make more enemies than friends. For, images shown on national television have proved beyond doubt that the cops in Bengal are helping the Army carry out the exercise. How then is the Bengal government saying that it was kept in the dark?