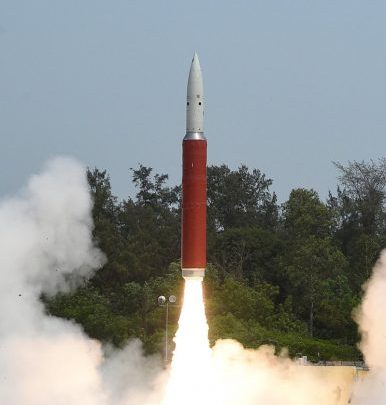 ASAT By India: Nasa Charges Not Befitting Its Status

ASAT By India: Nasa Charges Not Befitting Its Status

View all posts by this Author
What is Nasa trying to achieve by criticizing India for conducting the ASAT test that generated debris in space which allegedly threatens the ISS and other space assets of other countries? Current DRDO scientists obviously cannot comment on the issue and the Indian government has still not given an official reply but former scientists of the agency were quick to point out that this was just speculation on part of Nasa and it was discriminatory, irresponsible, meaningless and part of the propaganda the US agency usually employs to undermine the progress made by other nations.

The main charge that Nasa made was that the debris would threaten space workers in the International Space Station (ISS) that the agency has put in space. It said that it had tracked 60 pieces of debris that was more than 10cm in size and that 24 of these were going above the apogee of the ISS. Nasa head Jim Bridenstine added that the ISS is still safe. If we need to maneuver it, we will. But at the end of the day, we have to be clear also that these activities are not sustainable or compatible with human spaceflight.

But Indian scientists are not uneducated fools and are aware of the ISS and its orbit and apogee. Former Indian scientists who have worked with the DRDO pointed out that the ASAT destroyed an unused Indian satellite that was orbiting at 300 kms., much below the orbit of the ISS that is between 330 to 475 kms. When something is destroyed in space, some parts obviously travel upwards due to impact velocity. But the size and velocity of these parts are so less that they eventually fall down very quickly because impact velocity does not create long-lasting energy or momentum, as pointed out by former DRDO scientist Ravi Gupta. In any case, Indian scientists must have taken all precautions to avoid the ISS and the Nasa has admitted that there was no danger, it was only tracking the objects.

These issues are often raised by those who have already been there and done that. The US, Russia and China had conducted numerous such tests in the past and had left a huge amount of debris in space that was equally threatening to space assets of other countries. The Nasa reaction is despite the fact that India had informed the US about its intention of carrying out an experimental weapons test, without confirming that it would be an anti-satellite test. The Diplomat magazine reports that there was a failed attempt by India in February and it alerted the US military intelligence that an anti-satellite test using a new kind of direct-ascent kinetic interceptor was being attempted by the country. But India conducted its successful attempt on March 27 and there was no objection from the US in the intervening period.

In fact, Indias successful test was done at an altitude much lower than Chinas 2007 test, which generated more than 2000 pieces of significant debris, hundreds of which will remain in orbit for decades. Obviously, their scientists too had taken necessary precautions for not causing any damage. Indian scientists too must have taken the same. In fact, Reuters quoted G Satheesh Reddy, chief of DRDO, to say that the debris created by ASAT will vanish in 45 days without causing any damage to any space object. Nasa would do well to respect the intelligence and capabilities of others before assuming that their actions might cause damage to US or international space assets.