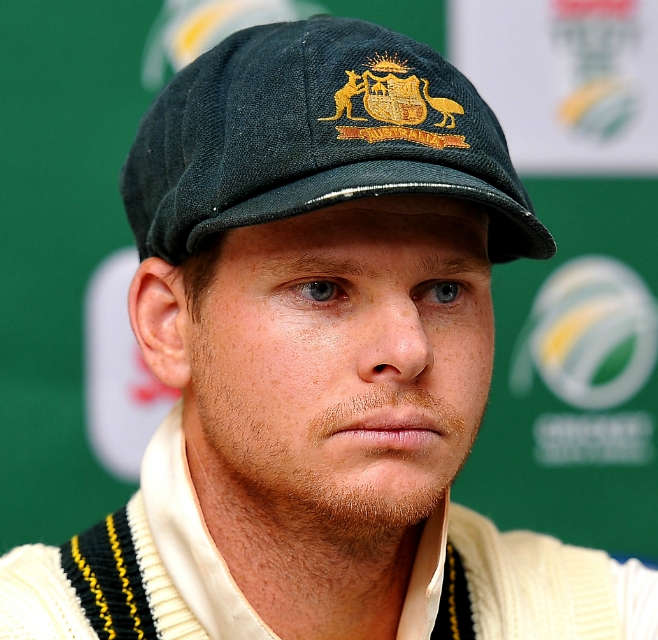 Editor-in-Chief of indiacommentary.com. Current Affairs analyst and political commentator. Writes for a number of publications. View all posts by this Author
The cheat has finally been caught and this time there has been no redemption. Steve Smith, captain of the Australian cricket team, hatched a plan to tamper with the ball in the on-going series with South Africa. Shamefully, he employed the youngest member of his team, Cameron Bancroft, to carry it out. He has admitted to it and along with vice captain David Warner, has stepped down from his post. Earlier, the Australian government had asked Cricket Australia (CA) to remove him as captain.

But who made Steve Smith the cheat that he is? I would point the finger at both the ICC and CA, with a small help from BCCI. Two incidents during the India-Australia series should have raised a red flag about Smiths behavior and potential for cheating. But Smith escaped with little or no punishment as he was backed solidly by CA, reprimanded mildly by ICC and the BCCI did not think it fit to press charges. That escape made Smith bold enough to think that he could escape with anything. The South African fiasco is a result of that.

In India, when Smith was caught looking in the direction of the Australian dressing room to seek advice on a DRS decision, he explained it as brain fade. But it was plain and simple cheating. The BCCI should have pressed the charges and should have got him booked and fined for a Level 2 offence. In fact, BCCI should have pressed for many members of the Australian team to be booked for Level 1 offence as they were always using offensive gestures.

Then, Smith should have been charged for a Level 2 offence again when he called Murli Vijay a f*****g cheat. It should not have made a difference that he apologized promptly as Smith was given to trespasses that bordered on felony in cricket. But the BCCI, pressed by the CA, again let it go. In fact, after the series got over, the Australian press lambasted Indian captain Virat Kohli for not moving on by having a beer with the Australians. He was called childish and egomaniac for saying that he no longer considered many Australians to be his friends.

On the other hand, David Peever, chairman of CA, issued a certificate of honesty to Steve Smith. Peever, said that "cricket at this level is highly competitive, and it is incumbent on all involved, players and administrators, to honour the protocols and standards of behaviour that underpin the spirit of cricket." He was also profuse in praising his captain Steve Smith for his honesty and gracious comments at the end and said that Smith displayed qualities that Australians expect from their Test captain. This backing and this misplaced praise emboldened Smith and made him the cheat that he is. Would you still call Smith honest Mr Peever?

Even now, if the ICC just fines Smith and lets him go, the purpose of justice will not be served. A planned conspiracy to cheat in order to win is a serious offence. Since the entire team management was involved in the affair, Smith, Warner and the coaches should be handed out a lifetime ban from all forms of cricket, including the IPL and other such leagues around the world. The continued presence of Smith and Warner in the Australian dressing room would be an insult to the ICC Code of Conduct. Since Bancroft is a novice, he should be charged with a Level 1 offence. Other members directly involved should be similarly charged. ICC should issue a warning to CA that if this happens again, Australia would be barred from playing any form of cricket for one year.