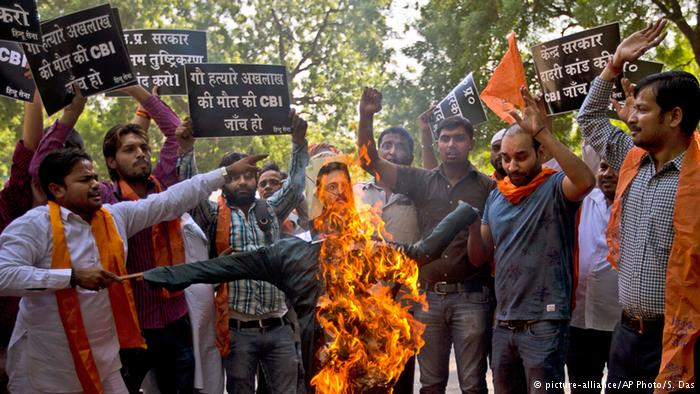 Bihar Poll Results Decisively Prove that India is not Intolerant

Bihar Poll Results Decisively Prove that India is not Intolerant

Editor-in-Chief of indiacommentary.com. Current Affairs analyst and political commentator. Writes for a number of publications. View all posts by this Author
The very fact that the Mahagathbandhan has decisively won the elections in Bihar shows that India is not an intolerant country. The BJP, along with the RSS and its various progeny and hangers-on, are not the sole guardians of the Hindu religion or the interests of the Hindus. The people of Bihar, especially the Hindus among them, have shown that despite the most polarizing campaign in recent history, Hindus have not voted as a religious block.

When we start saying that India is an "intolerant" country, we are insulting it's people who have time and again rejected the people and the parties who have tried to play with the country's identity of a nation where all caste, communities and religious groups have stayed together in harmony, barring a few disruptions. If Narendra Modi could win the elections in 2014, it was only because he eschewed religious bigotry to talk about development. The people of Bihar have told him resoundingly that bringing out hidden agendas will not meet their approval. He will get the same response across the country if he lets the RSS and its affiliates hijack his mandate.

My fight with those returning awards and calling the country intolerant is based on this premise. How have they based their calculations on the militancy of a few groups who do not represent a majority of the Hindus? If they think the present government is at fault, they should have refused to accept any award given by it. But the awards given earlier were national recognition and in returning them, they have insulted the people of India.

For those who are joining the bandwagon to claim that India is intolerant, my advice would be for them to look around. For every bigot, they would find at least a hundred Indians given to tolerance, reason and brotherhood. Like one is not supposed to brand all Muslims as terrorists or Pakistanis if some kill for religion or others gloat when the neighbour wins a cricket match, so one should not brand the country as intolerant if a chain of incidents occur that harm the minorities. There are enough Indians willing to stand up for harmony and reject divisive politics.

If this government has not done enough to address the issue of rising Hindu militancy, there should be political fight back like the one in Bihar. But this fight back should take care not to fall in the trap of reverse fundamentalism and should not appease the minorities to win their votes. Appeasement of minorities is the first act that the Hindu militants seize on to arouse passions. Minorities should be made to feel safe, secure and free like all other Indians without any special privileges. Our Constitution and all our laws, and above all a majority of our people, do not discriminate against them. So there is no reason for them to feel that India is intolerant.