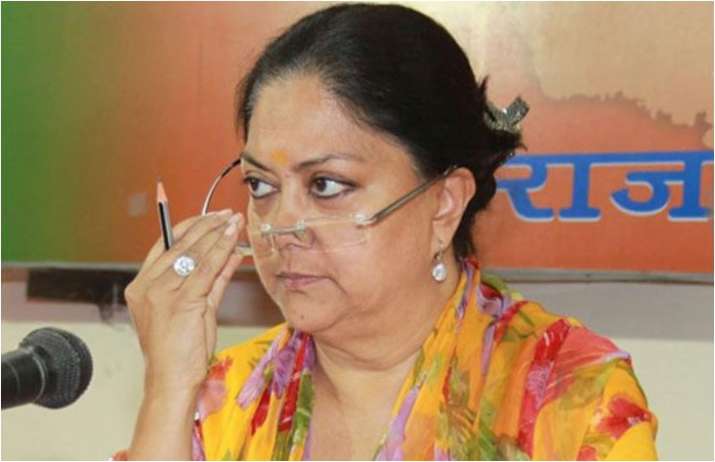 It is surprising that former chief minister Vasundhara Raje, BJP's tallest leader in Rajasthan, has kept out of the limelight and is totally silent ever since the Pilot affair rocked the state. Logically, if the BJP was orchestrating the defections, Raje should have been at the forefront. But it appears that since the whole thing is being controlled from Delhi, she has been sidelined.

It is now being reported that Vasundhara Raje is pursuing her own agenda. She is reported to have called up Congress MLAs close to her and asked them to support Ashok Gehlot. There can be many reasons for this. Raje might be angry with the party high command for not taking her into confidence before starting negotiations with Pilot. She was presented with a fait accompli and she does not want to be part of a failed attempt. Her sources (make no mistake, she still wields enough influence in the state) must have informed her that Pilot had miscalculated and did not have the numbers to fell Gehlot.

Then she might have known that even if the attempt to topple Gehlot was successful the BJP would not be able to form a stable government. Or that she would not be made the chief minister. Hence she has not used her considerable clout and persuasive powers to turn Congress MLAs against Gehlot. In fact, she is reported to have done the opposite. That might have been one of the biggest reasons why the Congress did not panic and was uncharacteristically confident during the entire episode.

In doing so, she has made it known to the central leadership that she is still a force to reckon with. It is now clear that any attempt to grab power in Rajasthan needs Raje's blessings as she is the one who can pull strings and call in favours or otherwise influence Congress legislators. The BJP high command must have learned its lesson the hard way. The people might have removed the Rani in the last elections but she still has the power to call the shots.