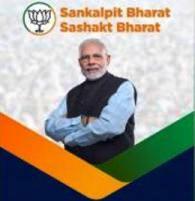 View all posts by this Author
Five years is too little time for any government to finish tasks that it takes up. Hence, if it is seeking reelection, its manifesto will obviously not be full of new promises but will reorder the priorities it had laid out in its previous manifesto. Hence it is that the BJP manifesto this time looks like a rehash of its 2014 manifesto with a stronger emphasis on the Modi brand. In any case, the incumbent will always want to carry forward the good work it will claim to have done in the last five years; it is upon the opposition to bring in new ideas to prove that the incumbent has failed.

But where the party has erred is in moving national security from the bottom of the list last time to the very top this year, ignoring more pressing issues that concern the well being of the citizens. An inkling that this was going to happen had been provided by the Prime Minister who has been talking only about the Pulwama attack and the subsequent air strikes in Balakot, stoking nationalist sentiments in order to gloss over the failures of his government in some areas.

But has the NDA failed totally? Apart from the opposition and some liberal intellectuals, no one will say that. There are hundreds of schemes where the NDA has scored well  Swachh Bharat Abhiyan, Ujjwala and Skill India, to name just three. It has done away with hundreds of colonial laws that had no place in our legal system. It has introduced GST and the Insolvency Code. It has done well on the infrastructure front too with road construction showing healthy growth. It has also introduced the Prime Minister Aawas Yojna to help the lower middle class buy their own homes easily and the PM Mudra Yojana to help small businessmen in various stage of existence to scale up their businesses. Most importantly, despite rising oil prices, it has kept inflation under check. Where it has failed is in job creation, which is the direct result of the much less than expected response to the Make in India initiative.

Even if the Prime Minister wanted to deflect attention from the job crisis and the agrarian distress, he could have highlighted the success of the other schemes. But that would have allowed the opposition to steer the debate towards unemployment. Hence, he led the opposition down the nationalism alley and they blindly followed, giving him an escape route. He may have also been guided by the rejection of the India Shining campaign in 2004 when the BJP lost despite highlighting its achievements. The BJP manifesto builds upon the narrative of ultra-nationalism and national security and gives prime importance to a majboot sarkaar that does not shy from taking strong decisions where national security is concerned. It remains to be seen whether the people want a strong and decisive government whose niyat is saaf or a government that is promising NYAY.