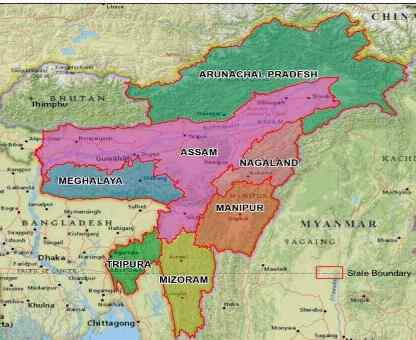 Border Dispute Between States Must Not Lead To Enmity Between People

Border Dispute Between States Must Not Lead To Enmity Between People

It is extremely surprising that Assam has issued an advisory for its residents to avoid travelling to Mizoram as the border dispute between the two states shows no signs of being resolved. Such advisories are issued when two nations are at war. But a state issuing a no-travel advisory against a fellow state of a democratic country is disgusting and shows political immaturity. It also sows the seeds of further enmity between the people of two states when the need of the hour is to cool tempers and find a solution to the problem.

It is also surprising that despite almost the states in the north-east being ruled either by the BJP or parties and alliances that are aligned with it, there has been no attempt from the Centre to interfere and make the states sit across the table to solve the problem. The way the two states are hardening their stance, it is clear that matters will go out of hand. Assam talks about deploying 4000 commandos at flashpoints while Mizoram has refused to remove armed policemen from the border. An FIR has also been registered in Mizoram against Assam chief minister Himanta Biswa Sarma. Landlocked Mizoram has also alleged an economic blockade by Assam.

Since Assam has border dispute with Mizoram, Arunachal Pradesh, Nagaland and Meghalaya, it is not wise to let the states settle these disputes among themselves as then they will not be permanent. There is a need to constitute a commission that must go into all the disputes, hear all sides, examine all maps and other evidence and decide the matter with finality. Then the North Eastern Areas (Reorganization) Act, 1971 must be amended to incorporate the new boundaries. Physical demarcation must also be done on the ground to prevent ambiguity. After that, all the states must ensure that the officers posted along the border are well aware of the areas under their control and act responsibly.