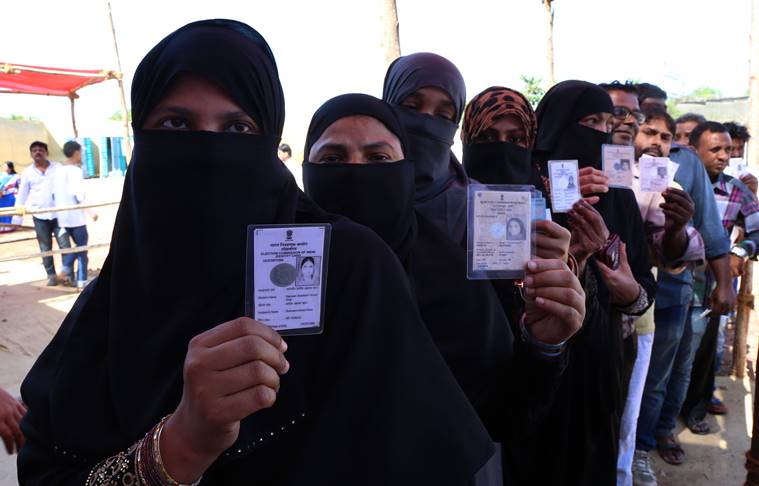 Burqa-Clad Voters: No Voting Without Identification

Burqa-Clad Voters: No Voting Without Identification

Editor-in-Chief of indiacommentary.com. Current Affairs analyst and political commentator. Writes for a number of publications. View all posts by this Author
The BJP has demanded that women police officers be deployed in UP to identify burqa-clad women before they are allowed to cast their votes. Since the demand has come from the BJP, it will obviously be viewed as anti-Muslim, more so because the demand is made only for burqa-clad women whereas many Hindu women also turn up at polling booths with their face covered, as per custom in several parts of India. But this is one area of voting that needs to be seriously addressed.

The BJP demand for women police officers to identify voters also shows a complete lack of knowledge of election rules. The police or other Central forces are deployed at polling booths only for security and to prevent disturbances. They have no authority to identify voters. The whole election process is completely in the hands of the Election Commission. Since few officers in the booths are women, the rules mandate that in case of doubt, any local woman can be asked to identify the voter as per her Voter ID. There is no provision to compulsorily check all veiled women.

Logically, there should be no resistance to establishing identity by lifting the veil in front of a woman. It can be done in front of a male polling officer too, if one goes by the judgment of the Supreme Court in the matter of having Voter ID card pictures taken in burqas. Denying Muslim women the privilege of being photographed in burqas with face covered, the Supreme Court had categorically said then that if you have such strong religious sentiments, and do not want to be seen by members of public, then do not go to vote. You cannot go with burqa to vote. It will create complications in identification of voters.

So if Muslim or other women who wear veils for religious or social reasons can have their photos taken for the Voter ID card by male photographers and then have them handled by male officers for preparation of photo electoral rolls and Voter Identification Slips, they should have no qualms about lifting the veil at polling stations to identify themselves. It goes without saying that an unidentified voter cannot be allowed to cast her vote. The Voter ID card is an important identity document needed by all Indian citizens. One cannot get a Voter ID card made and then go to the booth in a burqa and deny to be identified. The lead picture with this story shows women in burqas flashing their Voter ID cards in which their faces can be clearly seen. So if they can flash their photos in public, why resist identifying themselves privately in front of a single polling official, male or female?

Further, religious rules, if applied, must be applied to all and uniformly. Muslim women standing for elections have posters printed with their face prominently exposed. Why not have their pictures on the posters in a burqa too. Then the process of having unidentified lawmakers elected by unidentified voters will be well and truly complete. Really, this whole thing about this religion prevents that or that religion prevents this is against the spirit of rule of law. The Supreme Court has said in many of its judgments that whenever religious practices come in conflict with the law of the land, the latter will always prevail. So it should be in case of burqa-clad or otherwise veiled women voters. They should identify themselves if challenged and religion or custom should not be an excuse to decline. If they decline to establish their identity, they should not be allowed to vote.