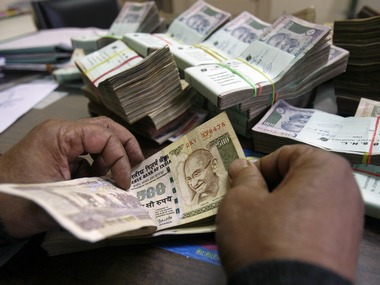 Cash: Flushing Out Necessary to Stop Corruption and Tax Evasion

Cash: Flushing Out Necessary to Stop Corruption and Tax Evasion

Editor-in-Chief of indiacommentary.com. Current Affairs analyst and political commentator. Writes for a number of publications. View all posts by this Author
Is the government acting in haste to choke the economy of funds? Is it in the process making banks to suffer loss of income? These questions arise as post demonetization, the RBI has increased the CRR to 100 percent of the funds received after September 16 and has now increased the Market Mechanism Scheme (MMS) from Rs 30000 crore to Rs 6 lakh crore.

Imagine the plight of the banks. They have seen a huge increase in deposits as a result of demonetization. As most of these deposits have been in savings bank accounts of customers, banks have to pay anywhere between 4% to 7% interest on such deposits as per their policy. If the whole of these funds are parked in non-interest paying CRR with RBI, the balance sheets of the banks will be further strained. If even 40% of these deposits were allowed to be retained by the banks, they could have lent a substantial sum of money at over 11%, giving them a cushion of 7 to 4%. That would have more than offset the loss on paying interest on deposits.

But the government is perhaps acting with a bigger picture in mind. Apart from the inflationary pressures likely to be unleashed if such huge sums remain in the market, the flushing out of the cash is in line with the avowed aim of the prime minister to move towards a less-cash economy. With cabs, grocers, pharmacies, small eateries and even roadside vendors in cities adopting e-wallets and maids, drivers and milkmen accepting cheques, it makes sense to drive the economy towards digital payments. The common refrain to hold cash is that one needs it to make small payments. But with those accepting small payments willing to change and adopt technology (although out of necessity due to scarcity of cash post demonetization) that excuse will now become redundant. Cities and towns across India should be the drivers of the move towards a less-cash society. Buyers and sellers both should now increasingly use e-wallets. Rural India will need more time for the transition and cash should be made available to them.

Prime Minister Modi is right in saying that too much cash gives rise to corruption. It also helps in evading taxes. Cash leaves no trail and is the preferred mode of payment for bribes and unaccounted transactions. Most often, it is seen that people report just Rs 3 to 4 lakh as their annual taxable income and show a drawings of just Rs 2 to 2.5 lakh for personal expenses. But the way they live, their annual expenses are more than their stated income. People think nothing of buying a pair of Jimmy Choo shoes for Rs 2 lakhs (in cash, of course) but will fight furiously with their chartered accountant if they have to pay just Rs 10000 more as tax than what they paid last year. These are the same people who will curse the government if their BMWs fall in a pothole. Earn cash in unreported transactions, evade taxes and spend gloriously in cash while living life in the fast lane and blame the government for all ills is the motto of this class. This class includes everyone from politicians to professionals, bureaucrats to policemen and businessmen to smugglers. Squeezing of cash from the economy is absolutely necessary to end their free play.

In any case, India had been sitting on a huge pile of high denomination currency notes before demonetization. A total of Rs 15.5 lakh crore, representing about 86% of the total currency in circulation, was held in these notes. For a poor country like India, it was an absurdly high percentage. The government should now ensure that high denomination notes are not in excess of 50% of the total currency. Simultaneously, it should bring in some sort of tax on deposit and withdrawals of cash in bank accounts above a certain limit. In addition to recently introduced provisions to prevent unreported cash transactions (like quoting PAN for purchases over Rs 2 lakhs and deduction of Tax Collected at Source by the seller), these provisions will go a long way in ensuring that at least urban India moves towards digital payments and a less cash economy, where every transaction is reported and can be trailed if the need arises. With crores flowing into hitherto dormant bank accounts, now is also the opportunity for the government to spot new tax payers and suitably, and perhaps upwardly, revise the assessment of incomes of current tax payers. Efforts to deprive the country of legitimate taxes by hiding behind the cash shield should no longer be tolerated.