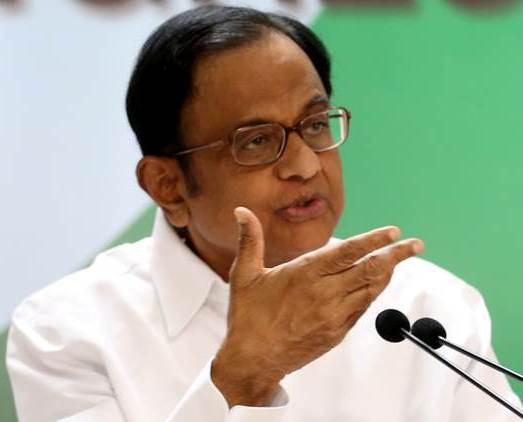 Chidambaram Is As Confused As His Party On J&K

Chidambaram Is As Confused As His Party On J&K

Has P Chidambaram assumed the motor mouth role for the Congress? What else can one make of his statement that the NDA government has read down Article 370 only because J&K is a Muslim Majority state? Either Chidambaram has very little knowledge of the state's strategic importance in India's security or it was a blatant attempt to communalize the issue. It was a very insensitive remark that did not suit the stature of Chidambaram. Further, Chidambaram is perhaps unaware that several states in the North-East that have special powers under Article 371 are Christian majority states. The only difference is that they do not have their own constitution, a separate flag or a separate criminal law. But it cannot be helped because the directionless and confused Congress party is speaking in too many conflicting voices on the J&K issue.

Chidambaram should have known that if J&K was a Hindu majority state, we would have been spared several major conventional wars and the regularly bleeding proxy war that we have been fighting with Pakistan. For, then, Pakistan would not have asserted its rights on J&K. But since it was a Muslim majority state with a Hindu ruler who had acceded to India when tribals supported by the Pakistani army made a bid to capture his state, India had protected him and granted temporary special status to the state considering its strategic importance. Given the present geopolitics, the importance of J&K has increased manifold.

But years of pouring in money, expertise and effort, not to speak of appeasing a handful of local politicians whose loyalties still remain in question; Kashmir has not been integrated with India only because of this fear of meddling in the affairs of a Muslim majority state. When tough decisions need to be taken, the religious affiliation of the majority does not matter. It is the security of the nation that is of prime importance. Pakistan had already captured more than half of J&K and had already ceded a part of it to China as if it owned it. China says Ladakh is its territory. Pakistan has its eye on what is left with India and has been trying to brainwash the people by sending radicalized youth to foment trouble in the state. In such a scenario, it was important for the government to ensure that India's writ ran on a territory that the country has a huge stake in.