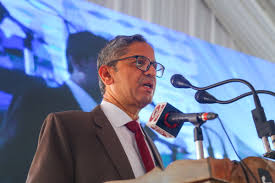 CJI N V Ramana tore into the electronic and social media for "overstepping and breaching" their responsibility and asked them to self-regulate and not test "the patience of the judges" in "inviting external regulations of their activities."

Justice Ramana was concerned that a section of the electronic media was running "kangaroo courts" and discussing issues which "even experienced judges find difficult to decide." He called these debates "ill-informed and agenda-driven" and said that such debates "on issues involving justice delivery are proving to be detrimental to the health of democracy. Biased views being propagated by the media are affecting the people, weakening democracy and harming the system."

There is no doubt that the judgments delivered by Supreme Court judges are open to analysis by experts. There is also no doubt that the experts can differ from the interpretation of the judges. But the difference between these expert analysis and the so-called debates on electronic media is that while the former is backed by points of law, the latter is not and worse, it seeks to impute motives to judges.

Any judge who delivers an order does so by applying the law on the basis on facts, evidence and arguments presented before the bench. The judgment is purely according to his or her reading of the law and its applicability in the case at hand. That is why some judges on a large bench issue dissenting judgments. But that does not mean that a judge is right or wrong on the same matter but just that his or her reading of the law is different. Of course, as in most other things, in the judiciary too, the rule of the majority prevails.

It is wrong on part of the electronic media to call 'experts' with questionable credentials to 'debate' on important judgments. The way these debates are conducted, it seems that a section of the media is bent on projecting some judges as biased. Yes some judges are guilty of making unwarranted oral observations in some cases and the Supreme Court must also tackle this issue but their judgments are always as per law. If someone is aggrieved with any judgment, he or she can seek further legal remedy but rubbishing a judgment or imputing motives to a judge, without backing it up with facts, is not the right way. The electronic media should heed CJI Ramana's warning, exercise restraint and self-regulate, failing which the judges might intervene and issue orders imposing restrictions. Why should media as a whole suffer for the wrongdoings of some agenda-driven channels?