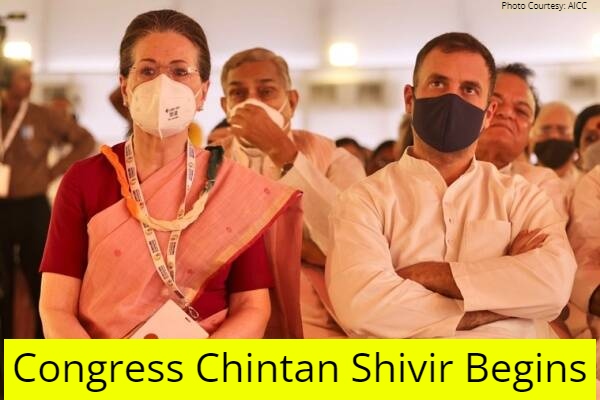 Congress: Subsuming Of Personal Aspirations Should Begin At The Top

Congress: Subsuming Of Personal Aspirations Should Begin At The Top

Udaipur is full of Congressmen now as they have descended on the lake city in party-ruled Rajasthan to conduct a "chintan shivir" (contemplation camp) that is expected to bring up new ideas (and also, knowing the Congress, old ideas with new labels) to allow the party to revamp itself and make it battle ready for the 2024 general elections. Although the Congress has been trying to set its house in order for the last few months and had also tried to engage poll strategist Prashant Kishor, it has now settled down to do some in-house work after talks with Kishor broke down. All the party big-wigs, including the Gandhis, are in Udaipur and serious deliberations are on in mid-sized groups of 60-70 members.

As per reports, the party is seriously looking at the "one family, one ticket" rule (obviously the Gandhis will be exempt) and by all accounts there is unanimity on this issue. But the party is likely to leave a loophole even if the rule is adopted. It is also likely to allow family members to contest if they have been active in party work for five years, meaning most frontline leaders and their families will be exempt as most of their family members are already working members in some capacity or other. Hence, the rule will only serve to prevent only those family members who are sprung up suddenly.

It is also looking at inducting younger leaders in all party committees at the entry level. The proposal is to reserve 50% of such posts for those below 50. Also, a proposal that no person should remain in office for more than 5 years and then follow the rule of a cooling-off period of three years before getting another post is also being debated upon. There is also likely to be an assessment wing to monitor the performance of leaders.

These are all good points and it is good that the party is discussing them. But the main issue is revamping the party setup from block level, allowing grassroots leaders to come up the hard way (and not the preferred Congress way of showing loyalty to the state leader who in turn is a Gandhi family loyalist) and installing a full-time working president. Sonia Gandhi said in her address at the shivir that the party has to work "collectively" and leaders have to "subsume personal aspirations". This was well put by the interim president but shouldn't the subsuming of personal aspirations begin at the top? Shouldn't the family allow a non-Gandhi to head the party? As Sonia Gandhi said, "people have expectations from us" and the party is "not unmindful of that", so she should take the big step and bring in new leadership with fresh ideas to take the party forward.