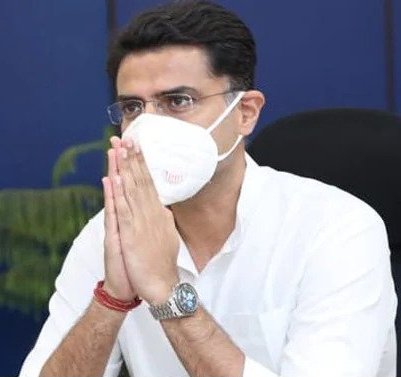 The Congress high command has allowed Ashok Gehlot to tighten his grip over the state government. In swift moves since the morning after he failed to attend the party meeting in Jaipur, Sachin Pilot was removed from the posts of deputy chief minister and the chief of the Pradesh Congress Committee (PCC). Most of his loyalists have been dropped from the cabinet. All doors for rapprochement have been closed. Although the Congress has not thrown him out of the party, it has declared him persona non grata.

A hint that this might happen was available yesterday when Pilot spurned all efforts to bring him back to the fold. He had set his aim on all (chief minister's chair) or nothing (leaving the party). The Congress chose to hand him the latter option after even Rahul Gandhi and Priyanka Vadra failed in their efforts to mollify him. After a day of hectic activity, it became clear that Pilot was in no mood to relent. The resolution adopted after the CLP meeting in Jaipur that called for strict action against indisciplined members left little to the imagination. It was obvious that the Congress would take action against Pilot.

With the business with the Congress done and over with, Pilot would now have to walk the talk and show that he has the numbers to cause the Gehlot government's fall. Although the numbers against Gehlot are increasing they are still not enough to allow the Pilot-BJP combine to safely bid for government formation. As of now, Gehlot seems to enjoy the confidence of 100 MLAs in the 200 member house. Although the BJP has hinted at a floor test, one thinks that if the Speaker disqualifies the defectors, Gehlot might still sail through as the house strength would be reduced.

Pilot will also have to make up his mind whether he wants to go the Scindia way and join the BJP (he had said yesterday that he had no plans to join the party) or float his own party and form the government with support from the BJP, if he has the numbers. If he chooses the first option, it would be a climbdown for him as it would be impossible for the BJP to make him the chief minister straight away. If he goes for the second option, he would be at the mercy of the BJP as they would hold the upper hand given the number of MLAs they have.

Support for Pilot has already started coming in from other young Congress leaders. Jitin Prasada has said that no one can ever doubt Pilot's contribution to the Congress and rued the fact that things came to such a pass. Yesterday, Kapil Sibal had wondered whether the party will always act after the "horses have bolted." Sanjay Jha has categorically said that Pilot should have been made the chief minister in 2018. A growing number of other Congressmen are also getting disillusioned at the way the party is being run. It seems the way Pilot is being treated will force many others to reexamine their position in the party.