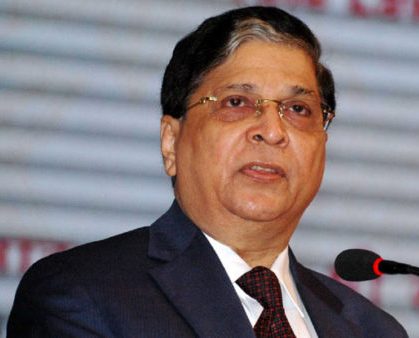 Editor-in-Chief of indiacommentary.com. Current Affairs analyst and political commentator. Writes for a number of publications. View all posts by this Author
By taking the lead in putting in motion the process for the impeachment of CJI Dipak Misra, the Congress under Rahul Gandhi has once again shown that it is the biggest liability of the nation trying to pass itself as the savior of democracy. Just because four senior but obviously miffed judges of the Supreme Court are not satisfied with the way the CJI is allocating cases to the court benches, the Congress thinks the judiciary is in danger and the CJI needs to be impeached. But the 1935 Government of India Act has made the CJI the Master of the Roster, as eminent jurist Fali S Nariman has rightly pointed out, and despite the displeasure of four of his senior and serving colleagues, the CJI cannot be impeached for exercising the authority he has. He need not consult with anyone before assigning cases and definitely he does not need to explain why he assigns cases in the way he does.

The four judges were miffed that cases with serious subject matters were being assigned to judges much junior then them. So whats wrong in that? Is there a law or a convention that says that all cases with serious or controversial subjects should be assigned to senior-most judges? Why are the four judges trying to make sure that they hog all the limelight? If a person has been appointed as a judge to the apex court, he or she is competent enough to handle all cases, serious or ordinary. Further, if all serious cases are assigned to senior judges who are due to retire soon, how will the junior judges learn to handle such cases? The Congress has done a great disservice to the nation by jumping in the cauldron with something that has never been attempted in the history of the nation. Its statements that it wished it had not come to this sound hollow as the situation was highly avoidable, more so as the opposition does not have the numbers. As usual, the Congress has shown that it has no idea of marksmanship - in trying to hit at the NDA government, Narendra Modi and Amit Shah, the party has hit at the judiciary.

Further, a CJI can only be impeached for gross misbehavior or incapacity. Where is gross misbehavior on part of Justice Misra? Soli Sorabjee, a former attorney-general of India and an eminent lawyer, is of the opinion that 'Serious misbehavior' cannot be concluded from the fact that certain orders of his were wrong. If you try to impeach the CJI on grounds like this, then my god the very independence of the judiciary will be at stake. I am very sorry that people who should know better have signed the impeachment motion." Apart from being taken in by the four dissenting judges, the Congress is also upset that the Supreme Court spoiled its attempt to hit Amit Shah where it hurts by refusing a probe into Justice Loyas death. But the party should remember that by bringing a motion of impeachment against the CJI, it is hitting at the roots of the judiciary in India. The long term implications of this move will be very harmful and the Congress mainly, along with the Left, will be solely responsible for this. Those who know this, like Dr Manmohan Singh and Salman Khurshid, have refused to toe the party line and have not signed the motion.