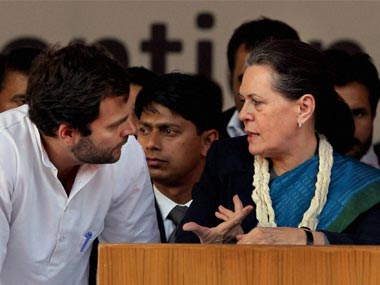 Editor-in-Chief of indiacommentary.com. Current Affairs analyst and political commentator. Writes for a number of publications. View all posts by this Author
Sonia Gandhi was correct when she told the Congress party to stick to principles as no failure is permanent. If any failure is taken as permanent, then obviously people will stop trying. But she forgot to tell them that as a corollary to the fact, people have to analyze reasons for their failure and ensure that corrective measures are taken and mistakes are not repeated. Despite her sermons, Sonia Gandhi as Congress president has repeatedly analyzed failures in a pre-conceived way, failed to learn from mistakes and then gone ahead to commit blunders by repeating those mistakes again and again.

At the very outset, any analysis of electoral reverses that the party makes ignores shortcomings in the Central leadership. Loyalists fall over each other to shield Sonia and Rahul. At the same time, there are cries of either elevating Rahul as president or bringing in Priyanka in UP to invigorate the grassroots workers. Isnât the first a condemnation of Soniaâs leadership and the second a condemnation of both Rahul and Sonia? But whatever the scenario, the Congress party still tries to latch on to the quickly fading Gandhi brand, which in itself is a big mistake. Honest analysis is not possible in the Congress and no one can expect the party president to take full responsibility and resign.

As an all India party with awesome organization and infrastructure, the Congress party reaches every nook and corner of the country. It will be foolish to write it off for its present failures. But the fact remains that the party needs to reinvent itself, or as Digvijay Singh so aptly put, conduct a major surgery, to continue remaining relevant. It has followed flawed dynastic policies for too long and a rethink is necessary. But who will bell the cat?

The problem with dynastic policies is that regional satraps also try to ape the Central leadership. Take what is happening in Assam for instance. Tarun Gogoi led the party to its worst electoral defeat in the state. But, despite his advancing years, he will continue to be the guiding light of the party in the state. He will be duly elected the leader of the opposition. The Congress will not groom a younger leader for 2021. If it does, without doubt that âleaderâ will be Gaurav Gogoi. Policies like these are taking the party downhill.

Appointing Prashant Kishore as strategist and hoping he will pull a rabbit out of the hat is hoping too much if that rabbit is Rahul Gandhi. The Congress is most likely to be wiped out in UP next year. It might do well in Punjab where the Akali Dal is embroiled in dynastic politics of its own and is going to be punished for that. But even in Punjab, the AAP is likely to provide stiff competition. The Congress needs to bring to fore strong grassroots leaders in the states. It needs to shed the family firm style of management. But it will not be done as both are things that go against the party ethos. There is no hope for the party in the near future as long as loyalists fall at the feet of members of one family.