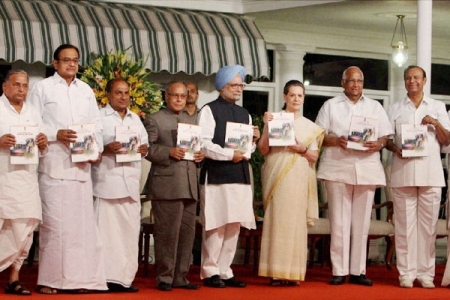 For Congress, Reviving the Spirit of 2004 is a Pipe Dream

For Congress, Reviving the Spirit of 2004 is a Pipe Dream

Editor-in-Chief of indiacommentary.com. Current Affairs analyst and political commentator. Writes for a number of publications. View all posts by this Author
Congress leader Mani Shankar Aiyer wants Rahul Gandhi to do what Sonia Gandhi did in 2004. Basically, he thinks that the Congress is the only party of inclusive politics. He believes Sonia achieved inclusion by cobbling up a rainbow coalition then that included most of the votaries of special interest politics. He wants Rahul to revive the spirit of 2004. But didnt Rahul try that in UP by aligning with the SP? The fact of the matter is that 2004 is not 2017. What worked in 2004 will not work now for the simple reasons that Aiyer himself gives in the article. Aiyer quotes Jawaharlal Nehrus Presidential address to Congress workers in 1936 when Nehru had said we have largely lost touch with the masses and, deprived of the life-giving energy that flows from them, we dry up and weaken, and our organization shrinks and loses the power it had. He then himself says what an accurate description of the Congress in 2017! We have largely lost touch with the masses; we have dried up and weakened; our organization has shrunk - and so we have lost the power we once had!

Aiyer goes on to say that it took just a few months for Nehru to turn the party around and lead it to victory in the 1937 elections. Excellent work that. But Aiyer forgets that that was Nehru in circa 1937. There was no leader like Narendra Modi then and no opposition party with the support base and infrastructure like the BJP. Rahul Gandhi is not a patch on Nehru and Aiyer himself admits the Congress infrastructure has shrunk. He then refers to Uma Shakar Dixits thesis of introspection from the late 1980s and the several reports authored by A K Antony, which he calls Encyclopaedia Congressica, which he says can be used to revive the party. But Aiyer himself gives a clue why these reports will never be seriously looked at. He says these reports are gathering dust in mouldy shelves. Knowing Rahul, they will continue to gather dust till the day he will just walk into the Congress office, tear them up and throw them away. To think that Rahul can do a Nehru by reviving the spirit of 2004 is nothing but a pipe dream. The reasons are not far to seek.

First, Rahul Gandhi does not have the ability, the charisma or the respect of party leaders and workers that Nehru had. Second, Rahul goes through his rigmarole of being the Congress vice-president and an Opposition leader with disinterest. He has never displayed the spark that separates men from the boys. He has remained a boy  one born with a silver spoon, thrust into the hurly-burly of Indian politics against his wishes. He gives the impression he would rather be in London or Bangkok or the French Riviera, for that matter  anywhere but the dust and grime of Indian countryside. He has not authored any policy document, nor has the Congress credited any ghost written one to him. He did not win his spurs by being a minister under Manmohan Singh. He wants to be the Prime Minister of India without displaying a single trait required for the post. He is not a leader of men and cannot become one by just being a binding factor. No amount of gushing compliments (even those are not forthcoming anymore) from sycophants will change the situation.

If leaders like Aiyer want the Congress to be revived, they have to look beyond Rahul Gandhi, the spirit of 2004 and the old reports he talks about. For, Rahul can only bind party leaders together; he cannot bind the party to the people. Then, the spirit of 2004 cannot be revived because in that year, the Congress was comparatively strong and smaller parties wanted to ally with it. Now, after successive drubbings, the Congress has lost its mojo. After UP, where the Congress pulled down the SP in vote share of the alliance, smaller parties will think twice before aligning with it. Although the overpowering dislike of one Narendra Modi and the BJP might bring some of them together, but a rainbow coalition is beyond the reach of the Congress. Also, the results of the recent elections have shown that people are turning against parties that follow what Aiyer calls special interest politics. People have realized that all sectarian special interests are subordinate to the national interest. The Congress will do well to disown sectarian vote bank politics and follow the real politics of inclusion  that of making every citizen, irrespective of caste, creed, religion and social status, realize and feel that he is an Indian first. Only then can it hope to revive itself and give Modi a run for his money in 2019. If not, Modi is sure to get a walkover.