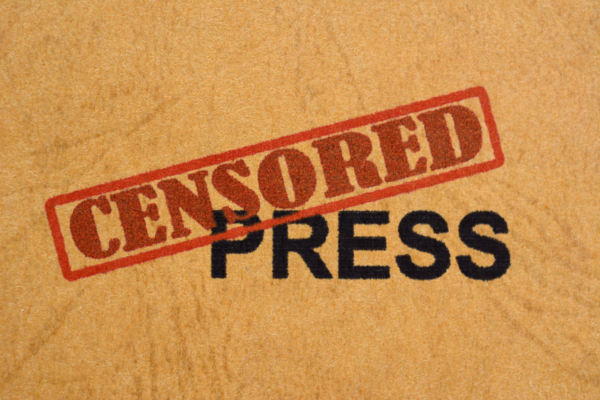 Editor-in-Chief of indiacommentary.com. Current Affairs analyst and political commentator. Writes for a number of publications. View all posts by this Author
After NDTV India, another news channel, News Time Assam, has also been banned for a day. It has been punished for disclosing the identity of a minor w+ho w+as brutally tortured while working as a domestic help, airing a show+ conisdered derogatory towards women and for showing gory pictures of corpses. It was handed a days suspension in each case, but the government has magnanimously allowed all the sentences to run concurrently, so it will be banned only for one day. For all those who were defending the governments order against NDTV India on the grounds that it violated rule 6(1)(p) of the Programme Code and there were questions of national security involved, the ban on News Time Assam should come as an eye opener. It can be seen that once the precedent is allowed to be set that the government can take channels off the air, increasingly specious excuses will be applied to do so. In the end, it will not be national security or inappropriate content, but opposition to the government and any other thing that catches the fancy of the ruling elite that will guide the bans. Press freedom is under increasing threat and this cannot be allowed in a democracy.

To be fair, the government is only enforcing the law as it stands. If the law exists, it is the government that will decide how and when to enforce it. That is the most dangerous aspect of this whole controversy. That is also where the media community, individual media houses and associations and bodies representing its various arms, stand accused of letting the government get away with enacting such laws and rules. Why did the media not protest when the ambiguously worded Section 20 of the Cable Television Networks (Regulation) Act, 1995 (CTVNR Act), giving sweeping powers to the Central government to ban TV channels, and the programme code for content and advertising under Sections 5 & 6 of the same were enacted or when the rule 6(1)(p) was introduced in 2015? Why is section 20 or the rules not being challenged in courts by these bodies? Individual protests as and when some channel is banned are not going to work. The media bodies should challenge these rules legally to prevent such highhandedness.

As for the government, it should realize that what it is doing now is what it sees is right. Some other government might see it differently. Hence, it should recognize that press freedom and what constitutes its violation cannot be decided by an inter-ministerial committee. There has to be an independent regulator to oversee this. This regulating authority should be broad-based and should include people from the media and media bodies, representatives from the government, civil society and the legal fraternity and it should ideally be headed by a retired Supreme Court justice. The government should also ensure that rules for TV channels are similar to those for the print media. No right thinking person can support an absolutely unfettered freedom for the press, especially when the media has shied away from having an internal regulatory mechanism apart from largely toothless bodies. But regulation by the government is never going to work in a country where ruling parties often carry out purges and silence critics as per their own agenda.