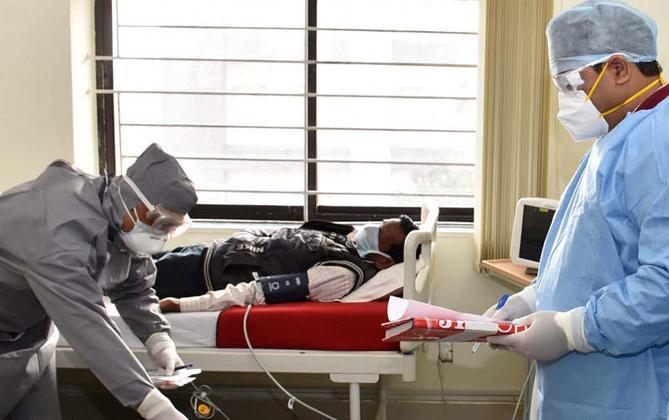 Coronavirus: How Is India Going To Handle The Expected Deluge of Cases?

Coronavirus: How Is India Going To Handle The Expected Deluge of Cases?

India reached the dubious milestone of one million coronavirus cases last week. The cases are increasing at an alarming rate every week since the country was unlocked. But there is nothing surprising about it as, given the size and density of population, experts had predicted such a surge. In fact, there are indications that the cases would peak in September when India is likely to have more than 3 million cases at a conservative estimate. Last week (July 13 to 19) saw 21 percent of all cases added to the tally. Though a part of this is due to increased testing, it goes on to prove that since testing is still being done on very low numbers, India does not know the exact magnitude of the problem it is facing.

If this is the case when the government says that community transmission (barring certain pockets) has not set in, it raises the important question of whether the health infrastructure in India is capable of handling the deluge when community transmission begins, as it is certain to. For, a nationwide lockdown is now out of question and localized lockdowns are not having the desired result largely due to leakage, indiscipline and lax policing.

In any case, a lockdown can be used as a tool to pin the population to a certain area for a certain time period and shore up medical infrastructure to take care of future exigencies. While some states used the nationwide lockdown during March-May to set up quarantine centres and increase hospital beds, others, like Bihar for instance, continued to lag behind. If India will have 3 million cases by end of September, how will the medical infrastructure cope up?

The government will have to further raise the level of testing. Nationwide community transmission and the load on the medical infrastructure can still be prevented if more and more people are tested and if found positive, isolated and treated. A carrier who is not tested and keeps moving about will infect numerous others and the chain created will be a sure recipe for community transmission. Catching a carrier and isolating him or her is the best way to break the chain. This can be done only through aggressive testing. At below 10000 tests per one million people, testing now is abysmally low.

The people also have a huge responsibility to help the government in controlling the spread of the virus. It is true that everyone is becoming cranky by staying at home despite the new normal of work from home and entertainment options on OTT channels. But staying at home and venturing out only when it is absolutely necessary is more important now than ever before. It is equally important that people wear masks at all times when they are out and wash their hands regularly. Sanitizing doors knobs, elevator buttons and work stations, including laptops and keyboards is also very important. Maintaining physical distance is more important now since evidence is emerging that the virus remains in the air for 8 hours for up to 2 to 3 metres if an infected person coughs or sneezes in the vicinity. Hence, citizens will have to support the efforts of the government by being disciplined and following all protocols and making others do so too.