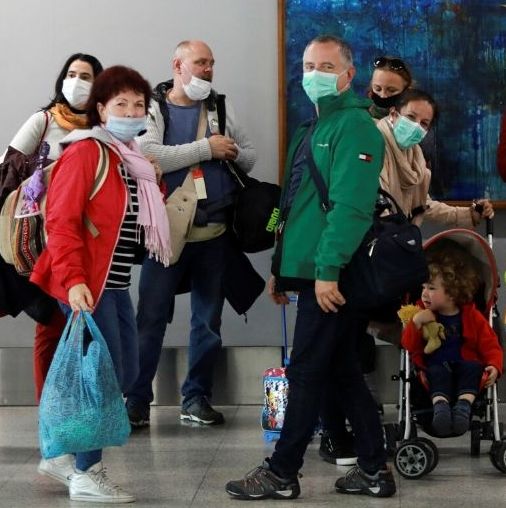 Coronavirus: Time To Be Aware, Responsible And Keeping Self, Community And Nation Safe

Coronavirus: Time To Be Aware, Responsible And Keeping Self, Community And Nation Safe

When people start thinking only about their own self and forget about the community and the nation, they do things that they think will take them out of the danger but that obviously is foolish. Whether they are infected or have been in close contact with an infected person, running away from medical help or quarantine puts them and the whole community at a graver risk.

In India, in the first case, the wife of the Google employee who tested positive in Bengaluru did not submit to being quarantined and escaped to be with her parents in Agra. She traveled by various means and immediately put a huge number of other people at risk. Then, in a similar incident in Munnar, Kerala, a British national on vacation at a resort there tested positive. He was with a group of 18 others and the whole group left the resort slyly. It was the presence of the mind of the resort manager that saved the situation as the police were informed in time. The group was offloaded from a Dubai-bound flight at Kochi airport. Four suspected patients had also fled from a hospital in Nagpur.

Then, politicians have been advising organizations and the general public not to hold, or be part, of mass gatherings. Yet, some of them are making these announcements in front of a gathering of thousands of people, violating their own diktats. It has been reported that the Ram Navami mela in Ayodhya which attracts more than 10 lakh devotees, is going to be held on schedule despite the reservations expressed by the chief minister's office. Self-styled godmen have been holding yagnas that are being attended by thousands of their followers. It has also been reported that Karnataka chief minister BS Yediyurappa has flown to Belagavi to attend a wedding where 2000 guests will assemble even as his government has closed down schools, colleges, malls and theatres.

At times like these, even a single lapse on the part of a single selfish person can result in a calamity. India is trying to halt the spread of coronavirus to the stage of community transmission. For that, it is urgently required that all those who have tested positive or have been in close contact with an infected person or have returned from a country where the virus is active in a huge way submit to be quarantined and treated. The matter has become graver after reports suggesting that asymptomatic persons (meaning those that have no outward and identifiable symptoms of coronavirus) have also been carriers and may have infected a larger number of persons. Mass gatherings need to be avoided mainly due to this. One never knows who can be a carrier since the symptoms do not always show. The general public needs to remain safe by following health guidelines issued by the government and the politicians need to walk the talk by not calling for or attending mass gatherings.