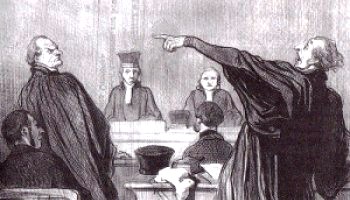 Courts Are Not Lawyers' Playgrounds

Courts Are Not Lawyers' Playgrounds

Editor-in-Chief of indiacommentary.com. Current Affairs analyst and political commentator. Writes for a number of publications. View all posts by this Author
When one practices in any High Court or the Supreme Court, it is possible that the lordships might take umbrage at something one says, or the manner one says it, and might pass adverse remarks in open court. The proper thing to do then is to immediately apologize for ones behavior. There are two very simple reasons for this. The first is that there is a decorum that has to be maintained in courts at all times and lawyers, more than anyone else, should be prepared to put ego aside and submit fully to the authority of the bench before which they appear. The second is that the court has sweeping powers, starting with contempt of court to disbarment to directing the Bar Council to cancel the lawyers licence to practice. This should have a sobering effect on how lawyers conduct themselves in court.

The recent episode of senior lawyer Rajeev Dhawan writing a letter to the CJI expressing his desire to give up court practice is amusing, to say the least. For, a reading of the letter shows that Dhawan has just given an expression to his ire at the CJI making adverse comments on his behaviour in the two cases  the Ayodhya case and the Delhi-Centre case  on consecutive days. Dhawan had shouted in court and had otherwise been improper in his arguments. As an aside in another case a day later, the CJI said "what happened on Wednesday (in Delhi-Centre case) was atrocious and what happened a day before (in the Ayodhya case) was more atrocious." For good measure, the CJI also issued a warning when he added that "come what may, shouting in the courtroom will not be tolerated at any cost."

Some senior lawyers are so consumed by their own perceived superiority that they often think that those who preside over the bench do not deserve to be there. Additionally, when a lawyer makes a point of law (which he discovered after a few of his assistants burnt the midnight lamp) which he thinks is irrefutable and considers his trump card but which the bench brushes aside as unimportant, the lawyer sometimes loses his cool and starts an argument. If the argument is on valid legal points, in civil language and normal volume, courts often allow the lawyer to have his say. But when sound volume increases and arguments are driven more by ego than by scholarly expertise, courts are bound to take umbrage.