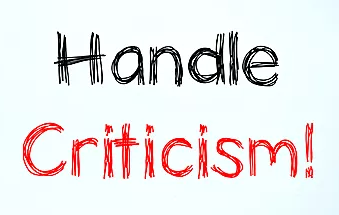 Criticism Should Lead to Course Correction, Not Brazenness

Criticism Should Lead to Course Correction, Not Brazenness

Editor-in-Chief of indiacommentary.com. Current Affairs analyst and political commentator. Writes for a number of publications. View all posts by this Author
First it was senior BJP leader Yashwant Sinha, finance minister in the NDA government of Atal Behari Vajpayee, who lambasted the Modi government for its supposedly faulty economic policies. Now another senior leader Arun Shourie has said that, among other faults, demonetization was the largest money-laundering scheme ever. He had earlier said that Modi is running a pyramidal decentralized mafia, and it was worse than the Emergency.

Do we take these comments as outbursts of frustrated politicians who have started to target the government on being deprived of the loaves of office or whose self-importance has suffered irreparable damage for being sidelined despite being committed soldiers of the party for so long? Obviously, the present dispensation would like us to believe as much. It would have been believable if the ground reality was not so depressing.

The reality is that after three years of Modi government, the economy is in a state of complete disrepair. Nothing is working. Industrial production has slowed down, farmers are worse off and the queue of the jobless keeps getting bigger. There is no sign of the promised ache din. Let alone sabka saath, sabka vikas there is no vikas to show.

Instead, the country has witnessed a surge in the politics of polarization. Be it for food, clothing, national honour, caste, religion or region, a set of people have emerged who think that they have all the answers as to how Indians should behave. Dissent and disagreement is silenced by all kinds of overt and covert means, sometimes even with murder.

This is not what Narendra Modi had promised. He cannot fall back on the excuse that all this is collateral damage of the attempt to clean the country of the sins committed by Congress governments. The fact is that the government has not done enough to stop those who are spreading hatred. Unless all citizens think they will be treated equally by the government  not only on paper as per the laws of the nation but also in reality  they will perhaps not contribute as wholeheartedly to nation-building as they would otherwise do. It is beyond comprehension how a handful of people are giving a bad name to the government and it is silently allowing that. Or is it a design to portray the vigilantes and the murderers as lone crusaders or fringe elements to protect the party?

Prime Minister Modi must review the situation. He must realize that the economy needs more than knee-jerk reactions and fancy policies. By this one does not mean that the government should revert back to the Congress days and allow crony capitalists a free run. But there are enough economists in India who can understand what Modi wants in the long run and help him implement it. For starters, he should relieve Arun Jaitley of the finance portfolio. He can, for instance, be totally revolutionary and bring in Raghuram Rajan (that is, if Rajan agrees) in his place. But the man in the hot seat will do only as much as he is allowed to. So Modi has to review and reorient his economic policies in view of the fact that till now, their implementation has not yielded the desired results. Jobs have to be created soon and they will not come from bullet trains but from bread and butter economics.

Then, the prime minister must also review how relations between castes and communities have changed ever since he assumed power. He will find that while on the whole not much has changed in large parts of the country (Aditya is still friendly with Anwar and they still have their daily adda), there are pockets where distrust and hatred is being spread like slow poison. The BJP and the RSS have to realize that more than 20 crore Muslims and other minorities cannot be wished away or sent to Pakistan. Add to that more than 40 crore Dalits and other scheduled castes. Where will we send them? To Nepal? The terrorism of a handful of upper caste Hindus has to stop and it has to stop now. Modi will manage to bring acche din only if he lifts the faltering economy and reverses the spread of hatred. Instead of taking every criticism as an affront and brazening it out, constructive criticism should be studied and acted upon to correct the course. Then there will be no need for the likes of Sinha and Shourie to speak their mind and the party spokesmen will not be required to portray them as frustrated politicians.