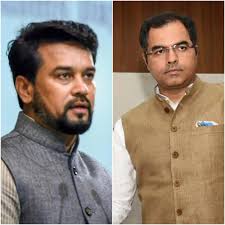 It is clear from the way the BJP is conducting its campaign in the Delhi elections that it is using the CAA-NRC-NPR protests across the country and especially at Shaheen Bagh and Jamia in the capital to further polarize the votes. From the day Prime Minister Modi had said that it was clear who was protesting against the CAA from their clothes, all leaders in the BJP have sought to paint the protests as being a Muslim thing. It helps their cause immensely as these protests, all across India, have erupted in essentially Muslim-dominated areas.

Yet, the way the narrative is being hijacked to sound like a "we versus them" issue is fraught with danger. The hatred that is being spewed at protesters in Shaheen Bagh, as also elsewhere in India, does not bode well for the relationship between communities in India. It also finally debunks the "sabka saath, sabka vikas" model as a part of the Indian population is repeatedly being labeled as "gaddars" for having the 'temerity' to oppose a government policy.

There is a huge difference between real nationalism and nationalism as perceived by the BJP which it wants all Indians to follow. Nationalism is caring for the nation and not for the party in power. Opposing a government policy can never be equated with opposing the nation for governments come and go with time and policies keep changing but the nation is above all this. It is the lowest form of divisive tactic to make hatred against a particular community the main plank of a state election.

It is also doubtful whether the BJP will be able to reap the electoral dividend from this. As successive opinion polls show, AAP is likely to retain Delhi on the strength of the work it has done. That is as it should be. State elections should be fought on the basis of governance records. The BJP might find solace in the fact that these opinion polls also show that it has increased its vote share phenomenally (thus proving that there are takers for its line of thought) and that it would have won all 7 Lok Sabha seats in Delhi again if general elections were held now. But that should not embolden it to divide India like it is seeking to do.