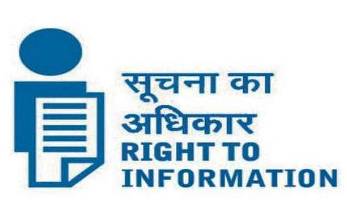 Linus tackles things head-on. He takes sides in his analysis and it fits excellently with our editorial policy. No 'maybe's' and 'allegedly' for him, only things in black and white. View all posts by this Author
The Right to Information (RTI) Act was enacted to bring about transparency in governance. It allowed the public to seek information from government and government-controlled agencies about decisions and issues that either affected their lives or the nation in general. It established a Central Information Commission to ensure that requests seeking information were not brushed aside and the public got the information they wanted. It was meant to be a check against high-handedness and arbitrary decision-making in government.

But, as the letter written to the President of India by former CIC member Prof M Sridhar Acharyalu shows, the government is not serious about dispensing information. Prof Acharyalu has alleged that the government itself has filed more than 1700 writ petitions against orders passed by information commissioners under the RTI Act.

Why is the government prosecuting or taking action against an institution established by law and doing the work that is mandated for it by the same law? Does the government not want the public to know about certain things? Then why talk about transparency and have the RTI Act? By putting such undue pressure on the information commissioners, the government is indirectly telling them that they should not help the public. Then why appoint them in the first place?

The government can do three things. It can abolish CIC and do away with the pretence that it facilitates the public to seek information. Or it can further restrict areas where the public can demand information. Finally, if it is not serious about the act and what it stands for, then it should abolish the act altogether. But keeping the Act and the CIC and then prosecuting commissioners for doing their duty is not right. The government should desist from filing such writ petitions.