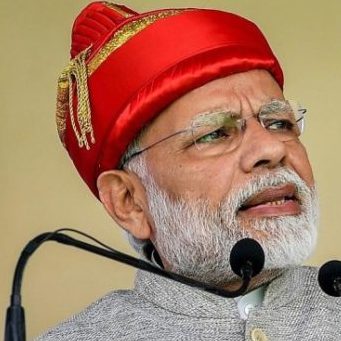 Editor-in-Chief of indiacommentary.com. Current Affairs analyst and political commentator. Writes for a number of publications. View all posts by this Author
Prime Minister Narendra Modi dropped all pretense and directly asked voters in Maharashtra to vote for the brave martyrs of Pulwama and the valiant soldiers who carried out the air strikes in Pakistans Balakot? Appropriating a tragedy and the valor of the armed forces for political gains is unethical and sets a dangerous precedent. The Prime Minister must desist from doing so.

There is no doubt that the NDA government under Modi has taken some radically different and hard decisions on foreign policy, especially when it comes to Pakistan and its support for terrorists based in that country who are targeting India. The government and Modi would naturally want the voters to remember this when they exercise their franchise in order to drive home the BJP claim of providing a majboot sarkar.

But things need not be spelled out using dead soldiers and the armed forces. The soldiers died for India, not for the BJP. The strikes were carried out by the IAF, not by party karyakartas. Martyrs of Pulwama must not be invoked at any cost and there are other ways to claim ownership of the air strikes. Modi should highlight how his government ordered the strikes while previous governments did not.

Modi should limit his exhortation to the fact that his government follows a policy of zero tolerance against terrorism and will eliminate terrorists even if they are inside Pakistan. There is no doubt that this new policy of retaliation has shaken the terrorists and their supporters, chiefly the Pakistani army and the ISI. It has also drawn the attention of the world on the terrorist camps that exist in Pakistan. This is a big achievement. The Prime Minister should highlight this.

But one feels that as the model code of conduct has no legal teeth and as the BJP feels that it is getting huge traction from using the images of the Pulwama martyrs and invoking the air strikes, the already absent subtlety will be completely ignored and the message will be put across to the voters more directly in the coming days. No one denies that the BJP should get credit for policy decisions of the government, but it should not be done using martyrs or the IAF.