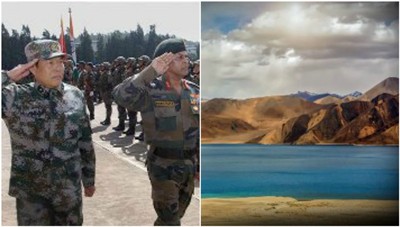 Disengagement At The LAC: Are The Chinese Reneging On Their Commitments?

Disengagement At The LAC: Are The Chinese Reneging On Their Commitments?

Indiaâs worst fears seem to be coming true. After an initial flurry of activity when structures were pulled down and troops moved back, there seems to be a lull at the LAC. China seems to have decided to stay put at the present positions, forcing India to send provisions for its troops stationed at forward locations with the understanding that it is going to be a long and hard winter for them.

The Chinese inaction comes after weeks of negotiations that raised the hope of disengagement between the armies of the two most populous nations in the world. China seems to be following a predefined agenda. It had pushed hard on several locations at the LAC. It had engaged the Indians in hand-to-hand combat at one such location. Then it sat down and negotiated. It withdrew from a few locations. But it stayed put at others.

Hence, it can be safely said that its push at multiple locations was a strategy designed to achieve its real intention of gaining ground at a few strategic locations. It knew that the Indians would ask for status quo and it knew it would move back at the non-strategic locations to show it was complying. The PLA seems to have dug in its heels at the Pangong Lake area and Despang Plains.

If protracted negotiations and subsequent agreements at the highest levels are not honoured by China, then India has reasons to be wary. It has rightly deployed advanced drones to keep an eye on the activity at the LAC and the Indian Army has said that it will engage in a strict ground level verification process. India has also rightly decided to keep up the pressure by conducting joint naval exercises with the US in the Indian Ocean as a warning to sea routes used by China.

India should once again call up the Chinese leadership and question them about the situation at the LAC. If there was a timeframe agreed upon, India should ask the Chinese to adhere to it. If not, a timeframe must now be put in place. It looks very stupid to have an agreement to disengage without a timeframe, for then the Chinese can stay put forever. Most importantly, India must keep a hawkâs eye on the developments at the LAC and not allow the Chinese to surreptitiously advance even an inch from their current positions.