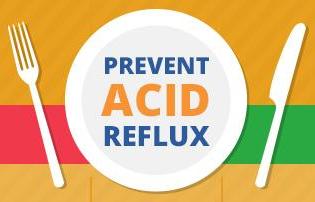 Do Not Ignore Persistent Heartburn and Acid Reflux

Do Not Ignore Persistent Heartburn and Acid Reflux

By our team of in-house writers. View all posts by this Author
How many times has it happened with you that after a heavy (and maybe highly satisfying) meal you have experienced a sour tasting liquid come in your mouth or even heartburn? This is called acid reflux in medical terms, or more precisely gastroesophageal reflux disease (GERD). A huge percentage of people experience this many times, but when it happens two or more times a week, then it is time to look for treatment.

Why does acid reflux happen? At the entrance of your stomach, where it meets the esophagus, is a ring of muscles called the lower esophageal sphincter or LES. This opens to let the food pass to your stomach and closes immediately. If it does not close fully and immediately or if it opens too many times, the acid formed in your stomach to break down the food moves up the esophagus, causing acid reflux. It happens more to people who suffer from hiatal hernia, a disease where their stomach moves up through diaphragm hiatus and enters the chest area. But it can happen to anyone for other reasons too.

The most common reasons for acid reflux to occur in a person not suffering from hiatal hernia are:

Normally, acid reflux can be treated by small changes in lifestyle and/or over the counter medications such as tablets, fizzes and liquid preparations for acidity. Most ayurvedic and unani preparations for this purpose also help. But if it continues and happens more than twice a week, it is time to consult your doctor. Long term acid reflux can become a serious issue if not treated properly. It can lead to a condition known as Barretts esophagus, which again is a precursor to the cancer of the esophagus.