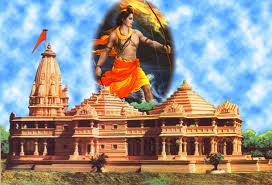 A bright, ambitious and hardworking young person with a good Diploma. Works for both print and online media. Writes in Hindi. Work appearing here has been translated from the original. View all posts by this Author
BJP leader Subramaniam Swamy has taken the lead to revive the Ram Mandir issue. In fact, he has given the Muslim community what he euphemistically calls the âKrishna package.â He says that the Muslims should give Hindus the three temples (Ayodhya, Kashi & Mathura) and keep 39997 mosques. He cites the example of Lord Krishna who asked the Kauravas to just give 5 villages to the Pandavas in a bid to avert the Mahabharat war. It became inevitable to fight when the Kauravas said they would not give even an inch of space to the Pandavas.

The BJP had included construction of the Ram Mandir at Ayodhya in its election manifesto in 2014. But since the victory, none of the frontline BJP leaders, including PM Modi, have been forthcoming on the sensitive issue. With Swamy speaking in a seminar on the issue in Delhi University complex, it is now expected to rattle the party leadership, already under fire for their silence on the intolerance issue.

Swamy has said that the temple will be constructed during the tenure of the present regime, maybe as early as the end of this year. He wanted the Supreme Court to hear the case on a daily basis. He was supported in this by AIMIM chief Asaduddin Owaisi. He was also confident that the decision will go in favour of the temple. While Swamy favoured an out of court settlement, Owaisi wanted to wait for the SC decision.

While the student wings of the Congress and the Left parties staged protests at the seminar venue, Swamy dubbed them as anti-Hindu and reiterated that the SC decision will be in favour of the Ram Mandir and the construction will start after the courtâs order. He said a grand mosque can be built on the banks of the Saryu in Ayodhya, albeit it should not be named after Babar.

With Swamy taking the lead, the Ram Mandir issue is sure to be in limelight. His persistence is legendary and it is not impossible that almost all Hindu organizations will join in to add weight. Then, the BJP leadership will also have to take a stand, sooner rather than later.