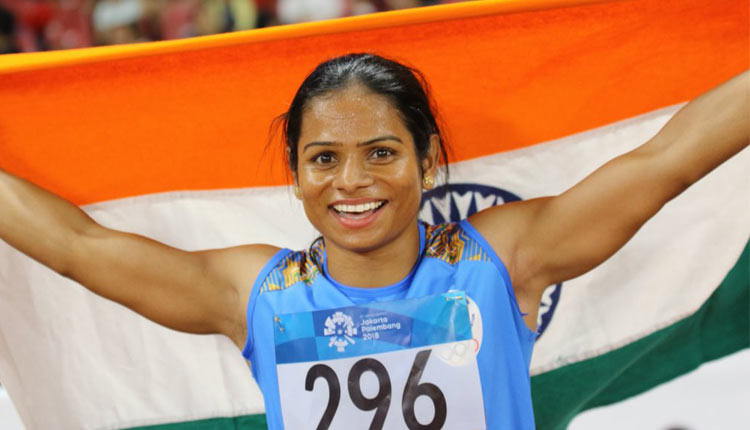 Dutee Chand became the fastest sprinter in the World Universiade 2019 in Napoli and won the 100m gold in 11.32 seconds, leading the race from start to finish. She created history by becoming the first Indian woman track-and-field athlete to win gold at the campus games. Inderjit Singh had won the gold in shot put in 2015.

Chand is the national record holder in 100m. Her dash in Napoli was well short of her Indian record of 11.24 seconds. Yet she was able to dominate the field in the entire race and fended off a late challenge by Del Ponte of Switzerland who came second with 11.33 seconds.

Chand's achievement becomes even more remarkable as she became the first Indian athlete to win the 100m gold at any global event. Hima Das had won gold in 400m at the World Junior Athletics Championships last year.

After her win, Chand tweeted "pull me down, I will come back stronger".  She was perhaps referring to the social backlash, including censure and disowning from her family, which she faced after she came out to admit being gay. Her sister had promised to destroy her career. Chand had strongly criticized people, especially the media, for invading her privacy.

One must laud the spirit of the girl and it embodies the die-hard and never-say-no spirit of the younger crop of sportspersons in India now. Coming from smaller towns and villages, often with no formal training for many years, these youngsters are bringing glory to the nation. It also proves that what one does in one's private life is no one's concern. A happy person is more likely to be a successful person and Chand has proved this by not letting the controversy affect her performance. She is happy being gay so who are we to judge her for that?